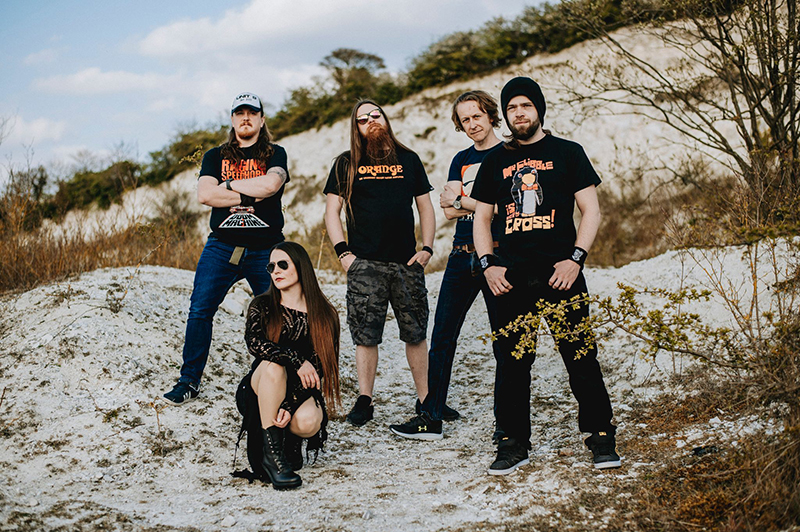 Following the release of its debut album The Cycle Repeats, Planet Fatale is thrilled to announce the launch of the third single Fight Club today.

To coincide with the announcement, the band is excited to present the accompanying video, which can be viewed here.

Fight Club is taken from the recently released album The Cycle Repeats,and it seamlessly blends the iconic heavy metal roots of the band’s sound with thrash metal influences, making this single one of the heaviest tracks on the record.

“This is a high energy track, full of heavy, driving guitars, pounding bass and relentless drums, and it’s a favourite of ours to play live. It’s also a track that came with an embedded narrative. The lyrics tell the story of someone down on their luck who is offered an opportunity too good to be true.

The video idea kinda wrote itself! We worked with the fantastic Marianne Harris again on the official music video, which was hands down the biggest video production we have done to date.

We recruited MMA fighters and a load of extras for various roles, plus wrote in a special role for each band member, and the final video really does exude that raw energy we feel in the track.

It’s a full on narrative video with brutal fight scenes, an elite underground fighting ring and some band performance thrown in for good measure! A lot of fun to film this one!“

The Cycle Repeats was produced by Russ Russell (Napalm Death, The Wildhearts, Raging Speedhorn), and is the product of two years of solid writing.

Sitting on the darker and heavier side of the rock spectrum, Planet Fatale’s soundscape is exciting and unique; taking inspiration from all corners of rock, including: alternative metal, stoner rock and blues, The CycleRepeats is a collection of 10 tracks fueled by heavy riffs, rhythmic grooves, dramatic solos, all led by the fierce vocals of lead singer Hels.

To celebrate the new album release, the band will embark on a headline UK tour, the first since the pandemic startedin 2020. Planet Fatale are self-confessed gig addicts and thrive on the live stage, feeding off the audience interaction. In 2021 Planet Fatale promise to deliver a show full of intense, raw energy and a relentless performance. UK dates below.

“We are absolutely bursting to get back out on the road, so expect us to be hitting the stage with all we’ve got on this tour, it’s gonna be one hell of a ride! After two singles and a live EP, this album is our biggest and heaviest release to date, perfectly captured by producer Russ Russell, and it rocks!

We just can’t wait to release it and show the world what we’ve got! Each track has its own personality, we’ve got some proper moshers in there, which we’re really gonna heavy up live, along with some killer riffs just oozing with groove and the more bluesy numbers. It’s been a journey and we look forward to sharing it with our fans in our favourite place on earth – the live stage! Welcome to the Planet!!“