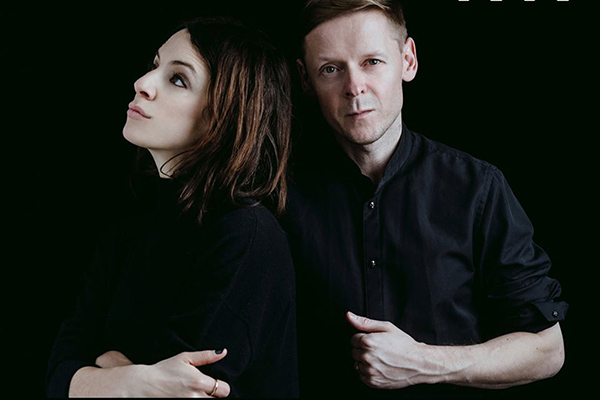 Pure Reason Revolution recently announced their fifth studio album ‘Above Cirrus’ will be released on 6th May 2022 via InsideOutMusic.

The is the follow-up to 2020’s ‘Eupnea’, which was the band’s first record since reuniting in 2019. This time around, Jon Courtney, Chloë Alper & Greg Jong (who returns as a full-time member for the first time since the ‘Cautionary Tales For The Brave’ EP) find themselves adapting to a world that is radically changing before their eyes, and on this new record, exorcising the isolation and uncertainty in search of something greater.

Jon Courtney comments: “This song came together very quickly & is probably the most electronic track on the record; using pulses from my JUNO 2 into doom riffs, while also displaying our signature vocals. Looking forward to seeing PRR fans rock &  simultaneously awkwardly dance to this! We’ll be doing the same from the stage.”

Greg Jong adds on the tour: “We’re getting very excited about the tour, there is fabulous music we’ve made that’s practically begging to be played live — I mean, we’ve completed two full-length records in the last couple of years, yet it’s amazing to me that we haven’t played a single gig in all that time! It’s going to be really cool to bring these songs to an actual in-person audience, I know everyone is going to enjoy the shows so much.”

The band are also about to head out on a European tour alongside Gazpacho in April 2022. Find the full list of dates below:

On ‘Above Cirrus’, the band continues many of the musical through lines that fans have come to expect; maintaining a balance between somber reflection and intrepid exploration, leading listeners through a shapeshifting collection of seven tracks that evoke a range of emotions. On the songs ‘Our Prism’ and ‘New Kind of Evil’, the energy reaches magnificent heights of guitar-led catharsis, rivaling the best efforts of acts like Tool and Filter, while offerings in ‘Lucid’ and ‘Dead Butterfly’ meld the group’s keyboard-centric song-structures with vast, epic soundscapes. But, unlike its predecessor, ‘Above Cirrus’ is far from a narrative driven concept record. As Jon confides, each song, while fueled by his personal journeys and the condition of modern times, is truly its own device. Reflecting on the lyricism of the record, he adds:

“Often my writing occupies itself with relationships; how we can be so tender/loving with each other in one instance, days later or even in a few flashes we’re tearing each other apart. The sublime & the savage/vicious. The music reflects this light & shade dynamic shift too. Our world shrinks through lockdowns/restrictions & strain is intensified. However, the end message is one of optimism – affirmation we’ll get to the end of this surreal chapter & be stronger together. Through the turbulence, we’ll help each other through the darkness.”

The full track-listing is below:

They have also confirmed two festival shows as below: