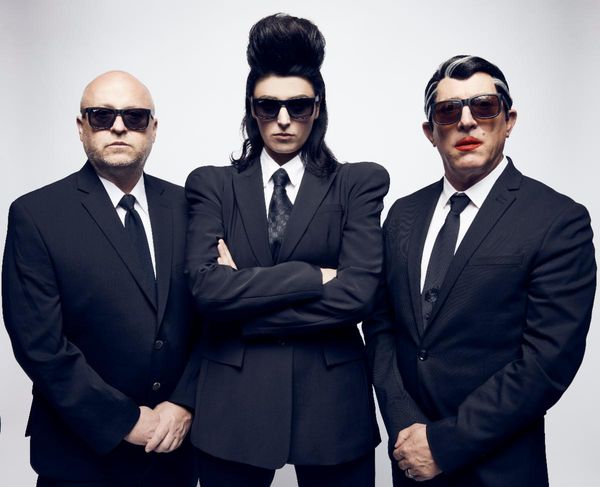 Puscifer, who recently announced the March 31 release date of Existential Reckoning: Re-Wired (https://puscifer.lnk.to/ReWired), a track-by-track re-imagination of their most recent album, Existential Reckoning, will roll out a series of “A Singularity (Re-imagined by Carina Round)” videos, crafted by friends, and family, beginning today with Billy Howerdel’s clip for the moving song (https://youtu.be/o97asEn-PV4).

Maynard James Keenan explains: “Upon hearing Carina’s rewire of ‘A Singularity,’ many of our extended family were moved and wanted to submit their own version of an accompanying video/film. I couldn’t decide which to use, so screw it. We’ll be releasing them one at a time over the next few weeks. Hope you enjoy them as much as we did.”

“In making this music video it was easy to get pulled into the landscape of this track,” says Howerdel of the inspiration for his video. “It screams of stillness, beauty and discourse. I barely made it back to earth.”

The A Perfect Circle guitarist’s “A Singularity (Re-imagined by Carina Round)” video arrives as Puscifer’s recently announced slate of U.S. and European tour dates go on-sale, with the trek (listed below) on-sale at 10 am local time in all tour markets. Ticketing links can be found via Puscifer.com.

3.   The Underwhelming (Re-imagined by Juliette Commagere)

9.   A Singularity (Re-imagined by Carina Round)

Born somewhere in the Arizona desert, Puscifer is an electro-rock band, multimedia experience, traveling circus, and alien abduction survivors. The group’s catalog consists of four full-length studio albums: “V” is for V****a [2007], Conditions of My Parole [2011], Money Shot [2015], and Existential Reckoning (2020) — in addition to a series of EPs and remixes.

Meanwhile, the moniker’s origins can be traced to a 1995 episode of the HBO classic Mr. Show where Keenan first used the name “Puscifer.” In addition to tallying tens of millions of streams and views, they’ve piqued the curiosity of the press. Entertainment Weekly christened them, “Exceptionally groovy,” and Revolver fittingly described them as “indescribable.” Renowned for an immersive live show, the group’s performances blur the lines between concert and theater, traversing the dusty American Southwest with Billy D and Hildy or the sweaty squared circle with Luchadores.

They’ve brought their unique live experience to life everywhere from Coachella to Bonnaroo. On their 2020 debut for Alchemy Recordings/Puscifer Entertainment/BMG entitled Existential Reckoning, Puscifer track Billy D back to the desert and, just maybe, uncover the truth about aliens once and for all.