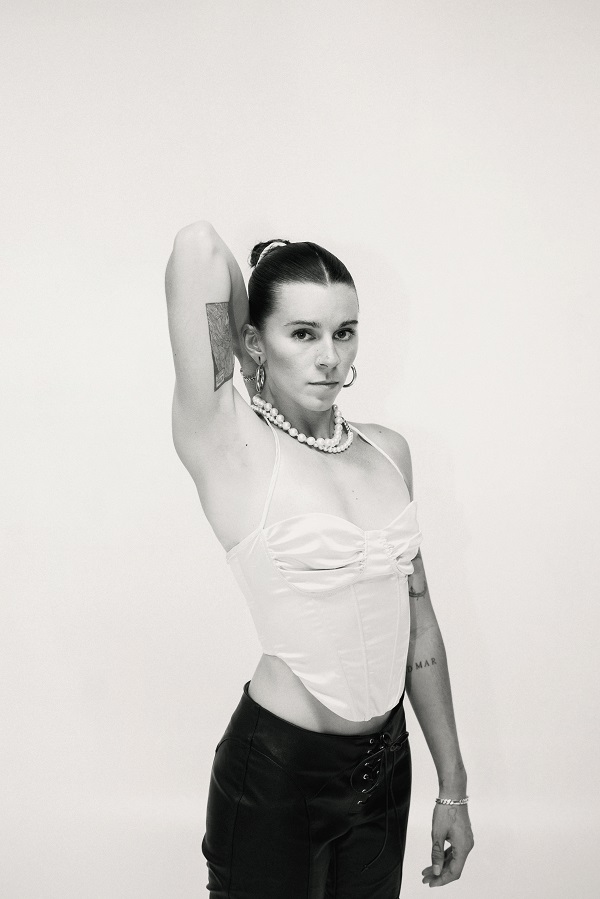 Since 2014, producer, singer, songwriter and multi-instrumentalist Lyndsey Gunnulfsen has embarked on the path with her PVRIS project. Today marks her long-awaited comeback with two new singles, “ANYWHERE BUT HERE” and “ANIMAL” under the new label Hopeless Records. From the ethereal production, to the aggressiveness that ran through all three of PVRIS’ albums, this release exemplifies the scope and multifaceted nature of Gunnulfsen’s artistry. Scroll down to listen to the tracks and read the full press release in English.

On “ANYWHERE BUT HERE” Lyndsey shares:

“At its core, “ANYWHERE BUT HERE” is about wanting to escape your surroundings. My whole life I’ve always found myself restless and eager to be somewhere else. I always imagine existing in different times and different places; everywhere and anywhere but where I am in the moment, even the good moments. I think a lot of us experience that to some degree, a longing to be somewhere or with someone you can’t necessarily identify.”

On “ANIMAL” created with JT Daly and K.Flay, Lyndsey shares:“Animal” is all about defiance, breaking free of control whether it’s from other people, or from ourselves. It can even be looked at through a wider lens and interpreted as defiance towards “the man”, government, or the algorithms that run our lives, that “know us”. It’s about challenging the identity the outside world chooses to give you. It’s also a comment on fame and spectacle. I feel like we as a society are quick to dehumanize each other and hold people in fixed forms denying one another the opportunities to grow and evolve. I think this holds true especially those in any scale of a spotlight; artists, actors, influencers, models, athletes, politicians, etc… this can be true for personal relationships as well. We do each other a disservice by restricting one another to these metaphorical cages. “ANIMAL” is about challenging that”.

PVRIS makes their live return to Los Angeles with a sold-out show at the Troubadour on October 27th, joined by her band bassist Brian MacDonald and drummer Denny Agosto Vega. Additionally, PVRIS will play at the When We Were Young Festival in Vegas. In January-February 2023, PVRIS will embark on her 13-date UK/EU tour, marking her first tour overseas since 2019.

Since the inception of PVRIS, Gunnulfsen has catapulted the project across genres via three critically-acclaimed studio LPs beginning with 2014’s debut White Noise (Rise Records) which earned massive commercial success on Billboard’s alternative charts and world-wide critical praise. PVRIS followed that with All We Know of Heaven, All We Need of Hell which debuted in the Top Five of BIllboard’s Top Alternative Albums chart in 2017, in conjunction with momentous live debuts at Coachella, Reading and Leeds, and Lollapalooza. In 2019, PVRIS’ electrifying third studio LP Use Me was unveiled via Warner Records, featuring the Marshmello-assisted alternative radio hit, “Hallucinations,” and numerous collaborations ranging from American hip-hop artist 070 Shake, to British pop-powerhouse Raye.  Throughout her career, Gunnulfsen’s dynamic vocal abilities and instrumentation transcend effortlessly across her largely co-produced catalog, from enchanting and angelic harmonies, to aggressive and gritty deliveries that rival some of rock’s greatest. Gunnulfsen has been showing PVRIS’s musical range since the start and continues to carve her own lane with this next release.