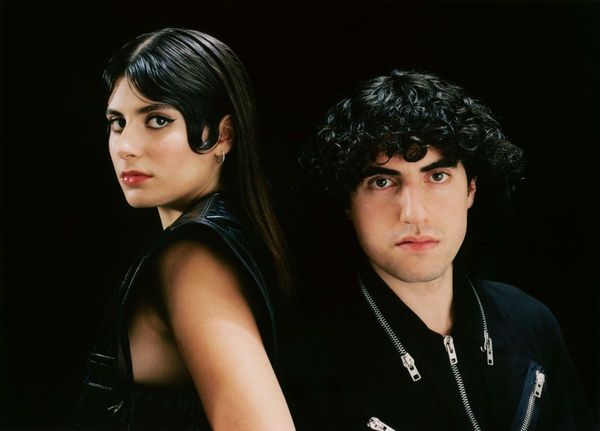 “Epoch is the middle point of our debut album. It is about escaping unconscious cycles and detoxing from the accumulation of things that no longer serve you in your life and letting go of that period of time. The video represents chronologically the starting point of our journey, before everything else will occur.

In order to move forward you have to leave your excess baggage behind, the items burning are our own that we had to let go. At the time of shooting we were experiencing a very intense transition and now at the time of the song’s release, it feels more relevant than ever because of our own personal experiences.”

For years now, Yehan has turned heads with his production nous, making a plethora of bands sound more expansive and technicolour, though he’s more than just a slick producer. Before joining forces with Zadi in Quasi Qui, Yehan released three solo EPs earning him kudos from tastemaker publications like The Guardian, The Sunday Times and Clash as well as radio play from Elton John on his Apple Radio show.

The pair has a knack for taking sophisticated musical ideas and chord progressions and making them accessible. As well as extending the lineage of classic songwriting, drawing inspiration from everything from British synthpop to the great American songbook, Quasi Qui’s influences are modern and eclectic: Zadi loves Frank Ocean, Blood Orange and Sade, while Yehan is a disciple of the great and the good of production: Trevor Horn, William Orbit, Nellee Hooper and Bjork. “Everyone in our family is musical,” says Zadi, “and the list goes way back.”

With the new material, Quasi Qui are not only reimagining how to make great pop music, they’re also remodelling the future and imagining a civilization that works for us all. In the dystopian / utopian sci-fi reality they envisage, the earth has split into two, and it’s up to you to hitch a ride on the parallel universe of your choosing.

‘Epoch’ is available to stream and download now with their debut album to follow before the year is out.