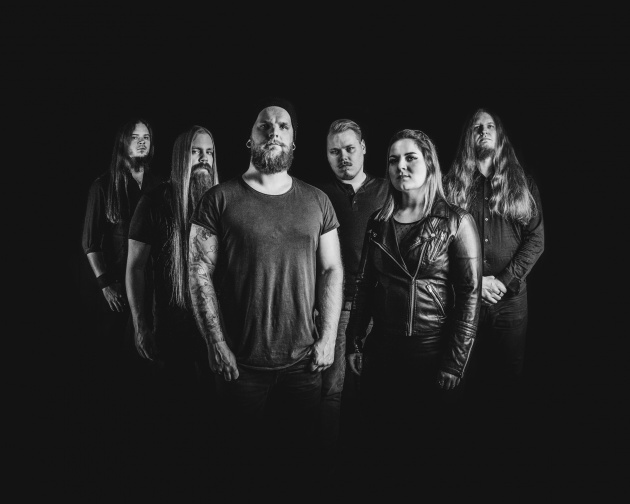 “Emptiness Weighs The Most isn’t just a longplayer, which might already belong to the best doom metal albums of this year, but also a record with which all upcoming albums of the band will have to compete”, Twilight Magazin

In support of their new and fifth studio album, the band from Kouvola, Finland, just shared a new video clip for the track “One Shines Brighter” which the band describes as „one of the most emotional tracks on the album combining fragile female vocals with deep powerful growls and beautiful melancholic melodies.“

Watch the new video for “One Shines Brighter” here:

Furthermore and to celebrate their brand new release together with their fans, RED MOON ARCHITECT announced to go live on Facebook, tonight at 7pm CEST.
Give-aways, good music, some cold beers and a live chat directly with the band are waiting, so make sure to join the event RIGHT HERE!