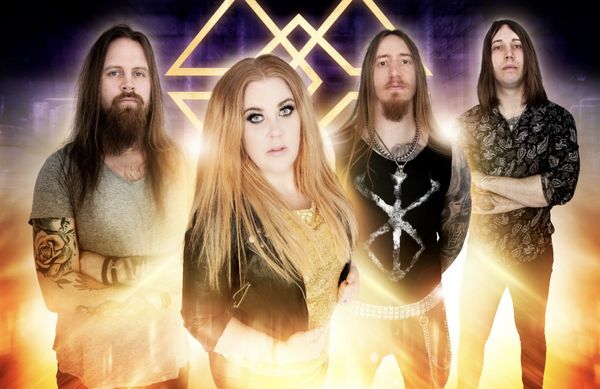 REXORIA release music video for Light Up The Sky

REXORIA release Light up the Sky, a second track from their upcoming album Imperial Dawn, accompanied by a new music video.

The band comments on the new single:
“Light Up the Sky is a power metal-song with a chorus that sticks in your head – after only the first listen! It’s mix with a great song melody, heavy and rough guitars, distinct drums and topped with a shimmer from the keyboards.”

The song is taken from the band’s third album “Imperial Dawn”, due for release on the third of February, 2023.

The album is mixed by Stefan Hellblad from Within Temptation and mastered by Thomas “Plec” Johansson which guarantees top quality.

The album contains a wide spectrum of songs ranging from new electronic hard rock to emotional folk inspired songs, so there is something for everyone on this album.

REXORIA has previously done several European tours and has played with bands such as Battle Beast, Bloodbound, Dynazty, Hardcore Superstar and Raubtier to name a few.

Listen to Light up the Sky and pre-order the album:
https://orcd.co/light-up-the-sky