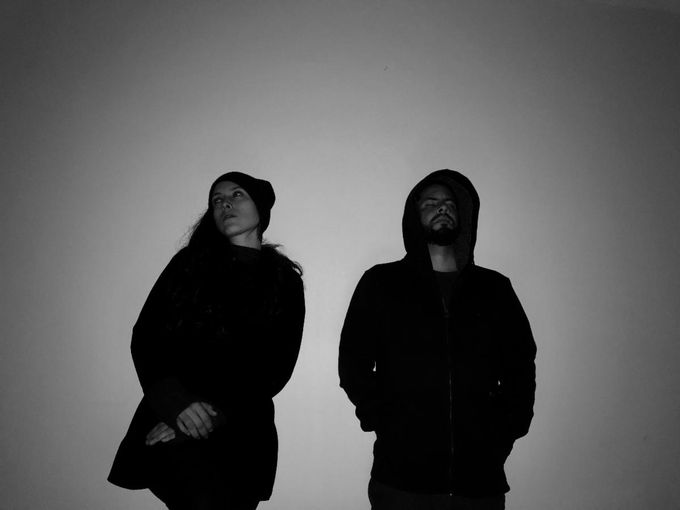 Argentine-Peruvian duo RICARDA COMETA has just posted a new run of tour dates, announcing their return to Europe in the coming weeks. The new tour news comes as the band continues creating their impending full-length album for release next year.

In 2018, RICARDA COMETA released their intriguing Ricarda Cometa 2 LP through Nefarious Industries, introducing their impressive improvisational/instrumental style of music to new fans around the globe. The album caught the ear of investigative journalists who are drawn to more exploratory styles of music, resulting in positive reactions from media outlets and fans alike. The band toured several times in support of the album, which included shows across their native South America, as well as their first European tour which took them across the continent for several weeks.

While the band works on their follow-up to Ricarda Cometa 2, the duo will return to Europe for another widespread run of dates. The band has confirmed performances across Austria, Germany, Denmark, Switzerland, and Czech Republic. From festivals to theaters, iconic “weird music” venues to a boat, the RICARDA COMETA twosome will deliver their frenzied and intricate dose of mutant Latin noise from September 10th to the 28th. In Denmark, they will be sharing shows with JookloTrio, an intense band from Italy/USA. The end of the tour sees RICARDA COMETA playing three cities across the Czech Republic where they’ll join forces with Petr Vrba – a tasteful and versatile Czech trumpet and electronics player – during which time a studio session has been scheduled. From this, an as-yet-undecided release will be recorded, in addition to the impending LP, the latter of which will see release in the first half of 2020.

See all confirmed dates below and watch for updates on the band and their new album to post in the weeks ahead.

Influenced by no-wave, math rock, African, Latin, and Asian ritual music, RICARDA COMETAcontinually explores and expands their sound which lies on the verge of rhythm and noise, the interplay between members Tatiana Heuman and Jorge Espinal completely engrossing and immersive. The band explodes with their singular blend of ritual soundscapes, mutant noise, and dancing tropical grooves; percussive guitar lines zigzag, intersect, and intertwine with explosive and precise drums and percussion.

“based on an entirely original blend of dissonance, improvisation, muscle, brains, and above all, rhythm… RICARDA COMETA has it, and it’s damn good.” – Noisey

“Ricarda Cometa 2 is wholly instrumental, but its arrangements are lyrical and florid. Heuman can play like a proto-free jazzer or Valerie Scroggins from ESG, frequently in the same movement; Espinal shreds the demarcation between rhythm and melody with a playing style that compares to Captain Beefheart, Bill Orcutt, Arto Lindsay and, especially, US Maple’s Mark Shippy.” – The Quietus

“The eleven-song collection takes listeners on a wild, noisy ride that involves that never loses its focus on Latin-inspired rhythms, but which ultimately sends them through the musical grinder a few dozen times along the way. If listeners found the herky-jerky twists and turns of math rock or Mr. Bungle challenging, RICARDA COMETA take these musical complexities to new heights here.” – PopMatters

“Ricarda Cometa 2 is even shorter than its predecessor, but it is with great admiration that I say that it is more. More intricate, more intense, more punishing and powerful… it is, in other words, more alive, and that’s saying a hell of a lot.” – A Closer Listen

“The duo pulls and twists melody into odd shapes and urgent rhythms. It’s tense, strange, mangled and wiry music that hits hard, but challenges conceptions of what rock music should be. If this is even rock music.” – Treble