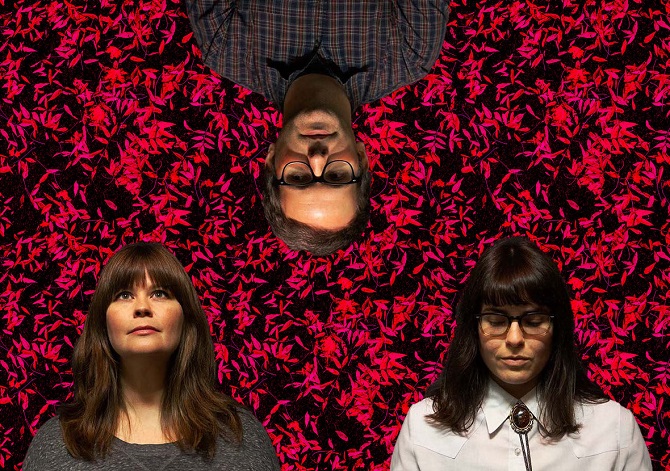 San Francisco’s Rip Room has unveiled a new music video for “Worth Repeating” off the band’s forthcoming Spartan Records debut ‘Alight and Resound’ out May 27.

Stream the clip on The Alternative: https://spr.tn/worth.

Vocalist/guitarist John Reed says, “Shot in the midst of the pandemic, we found ourselves in a clandestine location with a rough plan and more than a few worries. The song is about the world falling apart, so it felt right to shoot in the woods — ominous and sinister, but maybe the safest place to be. By the end of a long evening, our director (and dear friend Josh Johnson) had captured the weird energy that had been following us the past year and, in retrospect, shooting the video provided some much-needed momentum during a dark time.”

In a time of digital polish and studio patchwork, it has become increasingly rare to hear a record that captures the lightning-in-a-bottle dynamics of a live performance. Music continues to fill our queues, but it feels less and less human, so when a record breaks through the static, it can be a revelation. Introducing the wound-up art punks in San Francisco’s Rip Room.

After successfully self-releasing and touring on two EPs, the three-piece returned to Louder Studios in Grass Valley, CA to reunite with storied engineer Tim Green (Nation of Ulysses, Melvins, Bikini Kill, Sebadoh). The result is the charismatic and alluringly unpredictable debut full-length record, ‘Alight and Resound’, twelve pulsing songs that harken back to better musical times while somehow embracing the relevance of the moment. Think Unwound, Sleater-Kinney, and Fugazi. Propulsive rhythms and piercing lyrics, but with a sense of buoyancy. Brashness over banality. Wolves in sheep’s clothing.

“I wanted to be in a fun, high-energy band, but with a math-y, prog edge,” says Reed. “We’re always looking to capture our live sound, and with this record, we wanted that plus a little more to emphasize some ideas or sonic feelings,” adds bassist/vocalist Sarah McKinney. “The subject matter is pretty heavy, but the execution is sometimes a bit more lighthearted and dance-y which I think balances it out well. Our sound was once described as ‘dance music for people who don’t like to dance,’ which I don’t agree with — I’d say it’s ‘dance music for people who like to dance but are also bummed out’.”

Thematically, while instrumentally effervescent, ‘Alight and Resound’ delves into some more turbulent lyrical waters. Loneliness, chaos, despair, and struggle — yet somehow with a glimmer of hope. “The title of the record is a lyric from the song ‘Get On In The World,’ which is in part about frustration and not really fitting in,” says Reed. “Everyone’s focused or too wrapped up in their own shit and sadly this too often devolves into misunderstandings, at best, and violence, at worst. Alight and Resound is like a plea — move to a different plane of understanding and empathy or else we’re fucked.” Thriving in the Bay Area is no simple task for a band in these times. As competition grows, venues close, and rents continue to rise, the desire for authenticity in art will only increase. Alight and Resound is a testament to the power of seeking brashness over banality. There is perceptible life and light in the recordings that grow with each listen, and the authenticity of the experience is both palpable and revitalizing.