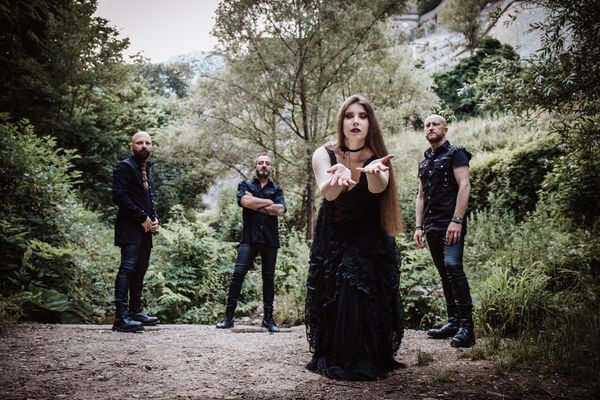 Desdemona is a woman’s name meaning “born under an evil star”.

Everyone could identify with Desdemona, but she is also the Desdemona of Shakespeare’s Othello, a woman whose fate is already written, who will end up being killed. The passage therefore also refers to all women victims of violence.

The track is available on all the best music streaming platforms.

Rossometile was founded in Salerno (Italy) in 1996 at the initiative of the guitarist Rosario Runes Reina and the drummer Gennaro Rino Balletta. The aim was, and is, to create original songs starting from a metal sound, and contaminating it with other genres. Several line-up changes happen through the years and they influence the band discography, leading to albums quite different from one another in terms of style. The current line-up includes the bassist Pasquale Pat Murino, who joined the band in 2010, and the singer Ilaria Hela Bernardini who joined in 2019.