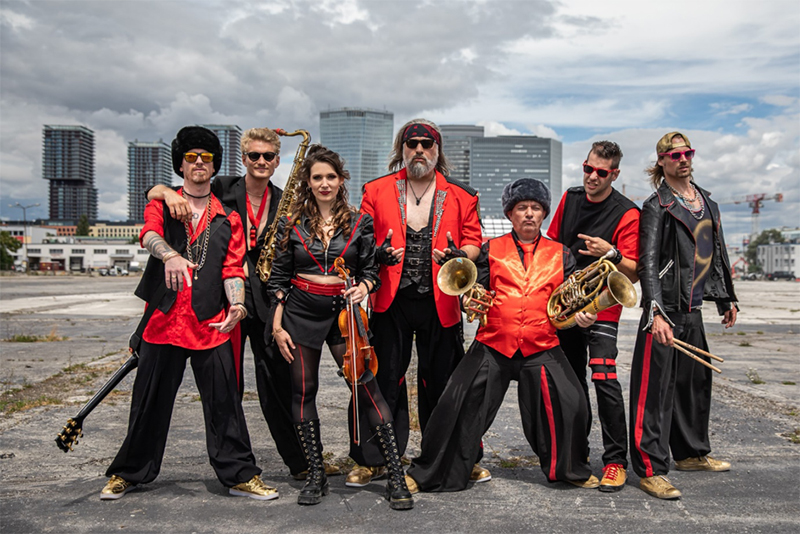 Two years after the release of their explosive album No One is Illegal, Austrian Turbopolka outfit RUSSKAJA is back with the brand new single and music video “Russki Style”!

“Russki Style” is RUSSKAJA in its purest form – catchy, heavy riffs driven by a brim-full of energy form the foundation of the fiery Polka/Ska banger with their prominent distinctive

With well over 20 million streams on Spotify alone and relentless touring while still rocking stages on TV as the house band on the prestigious “Willkommen Österreich” – RUSSKAJA’s Turbo Ska Punk is unstoppable!

“I can’t wait for our fans to enjoy “Russki Style” as the first single of our upcoming album!

To me it’s the pure RUSSKAJA Energia combining fat riffs and Russian Ska with balkan brass and violin thunder, topped by some lovely vocal hooklines.

Check out the video for maximum party feeling. This one will kick your ass!”

Check out the music video for “Russki Style” HERE:

As the seven-headed band took over stages all around the world, RUSSKAJA mastered the exhausting way to the top and became an indispensable trademark for diversity!

Staying true to its cosmopolitan Austro-Soviet roots, the Austrian Ska-Legends deliver its so called “Turbopolka” – high speed, groovy Polka Ska meshed with distorted guitars and raspy Russian-German-English blended vocals that leave even the most sluggish crowds dancing along to their rhythm!