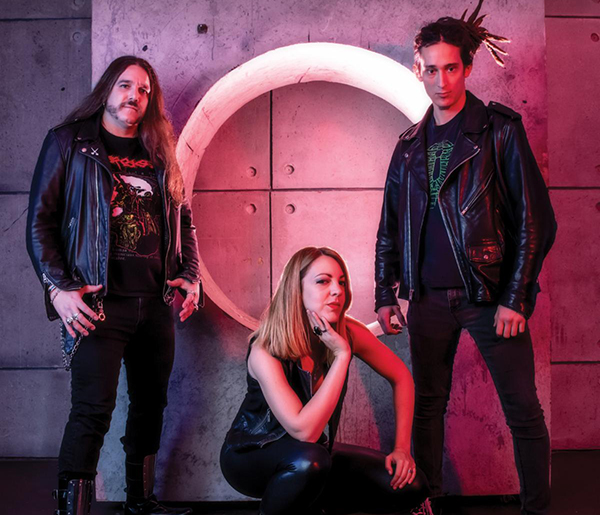 Los Angeles-based heavy metal trio RUSTY EYE are back in ferociously fine form with their second single “Can’t Wait To Go To Hell.” It’s taken from their upcoming album, DISSECTING SHADOWS–the first new music from the band in over six years–due out on October 23 via Epoché Records/Blood Blast Distribution. The band yesterday (September 17)premiered the song’s blood-drippingly evocative music video via Decibel Magazine who laud the track for its “progressive metal riffing and the dual vocals of drummer Miss Randall and bassist Mr. Rust, (which) pack grooves, solos, synths and an anthemic chorus into the new song.” Watch it streaming below followed by a video message from co-vocalist/bassist Mr. Rust discussing the new song and limited-edition pre-order options for the new album.

Pre-order options are available now on CD, Vinyl (limited to 500 clear variants) and a special limited-edition branded boombox and cassette bundle at http://store.rustyeye.com. Digital pre-orders can be found here.