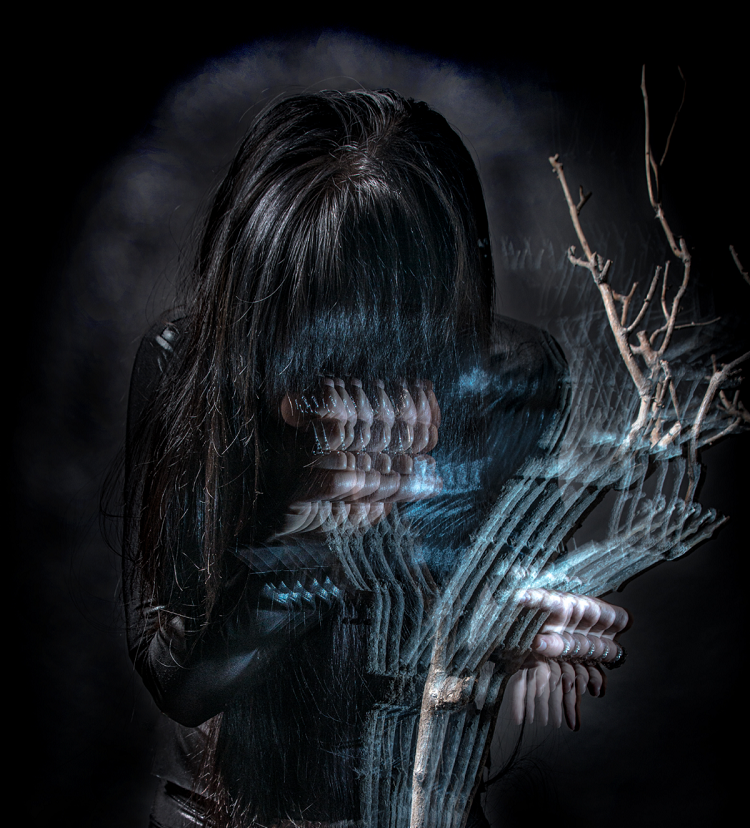 Metaphorically titled for the creative process, that of bleeding and reflecting, Blood Trine Moon is a vessel of contained rituals, exploring varied states of consciousness within occult explorations of the natural world. The EP intones rich, dark, ambient textures and further explorations into various vocal caverns. Elements of dungeon synth and harsh industrial genres blend seamlessly into this complex four-track EP.

Writes Decibel Magazine of “Hexennacht,” “…the eerie piece is built around a repetitive organ-inspired melody and rumbling tribal thrum, with washes of distant synth and SATARAY’s rangy incantations and wails. It slowly builds in intensity, like an invocation, then simmers to a haunting close. Like the rest of the EP, there are elements of industrial grime and dungeon synth.”

Adds SATARAY, “The outline of this track was created during the eve of Hexennacht one year, and encapsules all of that which is evoked.”

Read more and stream “Hexennacht” at THIS LOCATION.

Recorded and mixed by SATARAY, mastered by Casey Chittenden Jones (Noisepoetnobody), and featuring artwork by Anima Nocturna, Blood Trine Moon will be released digitally on February 11th via Scry Recordings.

Find preorders at THIS LOCATION where previously released track, “The Lake,” can be streamed.

SATARAY has been composing, performing, and recording her own music entirely, focusing intently on a specific sound. Her live displays create a ritualistic space and atmosphere, often including performance art elements such as butoh dance and other movement inspiration. She has participated in the Cascadian Yule gathering, and appeared at the Esoteric Book Conference, Passiontide, ShadowDance, and more, bringing her live immersive experience to Berlin, Colombia, the US West Coast, and the Pacific Northwest, frequently collaborating with Anima Nocturna. In 2021, she joined Olympia-based Cascadian doom band Vouna as a keyboardist. Other recent SATARAY releases from Scry Recordings include Argyropoeia (2021 split w/ Zania Morgan), the single “Saturn” (2020), and Nocturnum (2019), her first solo full-length album.