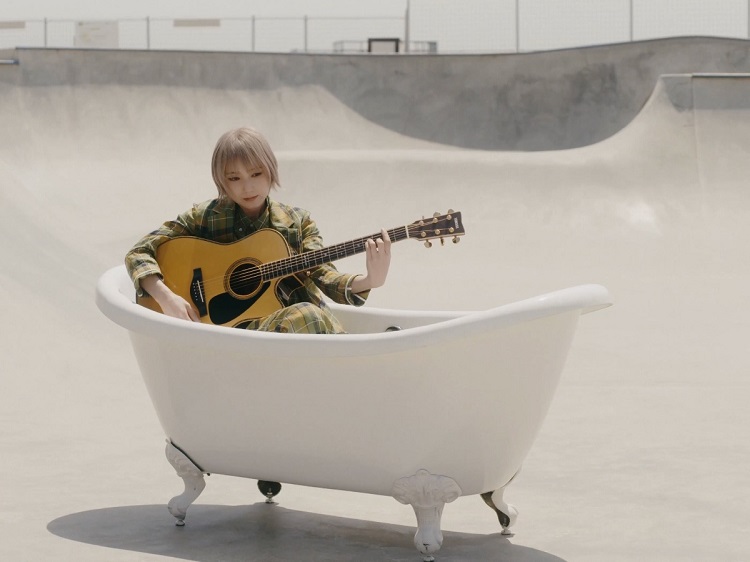 Japanese pop-rock band SCANDAL has released the video to new single ‘Ivory‘ today – the band’s second single of their 15th anniversary year! The two-track single is available to download / stream from midnight in your country.

SCANDAL has reached legendary status in Japan where all nine of their studio albums have ranked in the charts at position five or higher. This latest single is written, composed and sung by SCANDAL’s powerful guitarist MAMI, and co-arranged by the musician Kohei Munemoto (KAT-TUN, KinKi Kids, Mika Nakashima). And, also features an acoustic version of the track performed entirely by MAMI.

Ivory’s music video, which features MAMI playing guitar in a bathtub in the middle of a skate park, was directed by Yuki Wakisaka. The movie director, cinematographer and photographer has worked with numerous artists (including PassCode‘s ‘ONE STEP BEYOND‘, MAN WITH A MISSION’s ‘Change the World‘, and TK from Ling tosite sigure’s ‘copy light‘). And captures SCANDAL as their most natural, current selves.

The cover art for the single and cassette also sees the return of art director Junya Handa, who also worked on prior single ‘eternal‘.

To celebrate the release, London’s JPU Records has released a special edition tape cassette featuring both versions of the track, as well as a translation and transliteration of the lyrics. This edition is strictly to 100 copies and will not be re-pressed. It’s available to order today while stock lasts. It’s best to order quick as the previous single sold out fast.

SCANDAL’s latest album Kiss from the darkness is also available from JPU Records on CD with English lyric translations and Romaji. The limited edition bundle with an English printed copy of SCANDAL’s magazine ‘her’ is also available while stocks last.

SCANDAL’s postponed world tour is still planned to go ahead later this year.