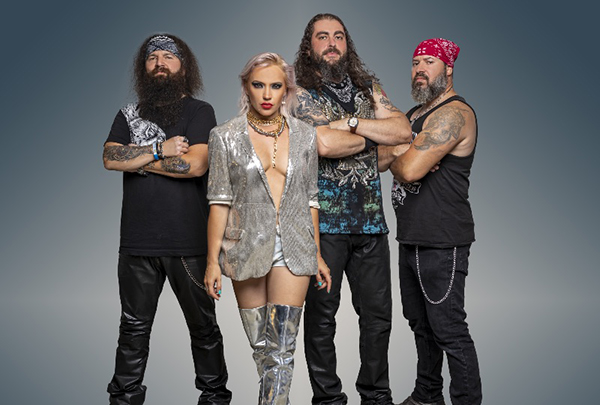 In a universal call for peace and unity, Scarlet Aura come forward with their own rendition of “Ya Svoboden“, a top hit in the Russian rock charts. “Ya Svoboden” was originally released over 20 years ago, but its message is every bit as valid today as it was back then.

Scarlet Aura’s acoustic rendition of “Ya Svoboden” is the first installment of the band’s forthcoming album, “Under My Skin” scheduled for release on 22nd of April.

Scarlet Aura considers “Ya Svoboden” (which means “I Am Free“) a single that should have been released at a later date a manifesto for freedom, love and peace, a call for strength and unity in the face of adversity and so it comes in front of you urgently, on Monday!

“We are astonished by the Russian attack over Ukraine! We don’t know much, we don’t know anything about world politics and orders but what we know is that we stand aside every human being that is being as we speak oppressed and taken out of their homes in order to find a safe place.

Not only with this neighboring war but to all of them: we want peace!!! Stand aside and leave the normal people to have a normal life and you can take your war face to face with those with whom you’ve got an issue! Men up!

Until then, all we can do is to make music and play it for you and bring you maybe a small piece of tranquility.
Send you all love and strength to get over whatever you’re facing today, tomorrow!”

Having this in mind, “Ya Svoboden” under Scarlet Aura’s signature played in Russian language will make the message well understood by millions of Russians who do not want to take part of this war and are not supporting their government in these actions, a support message for the Ukraine civilians, innocent victims of this horrific act of war,  and for all of us who suffer alongside the terrorized citizen of this continent, of this world.