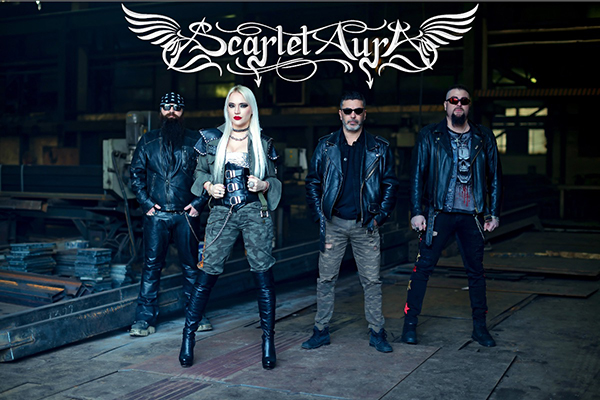 The deal includes the 6th studio album of Scarlet Aura that will be released in 2021 alongside the tour with Primal Fear. This is the new phenomena that the Romanian band brought to the metal stage – a trilogy of metal albums followed by fantasy book volumes written by the singer Aura Danciulescu. The upcoming album will continue a conceptual trilogy called “The Book of Scarlet” that started in 2019 and already includes two critically acclaimed albums “Hot’n’Heavy” (2019) and “Stormbreaker” (2020) together with accompanying fantasy books.

Scarlet Aura on the signing: “Alongside Silver City Records, we are putting our shoulder into strengthening the metal stage after an almost devastating year and we are happy to have Universal Music as partners. Life is now, music is forever! See you at the shows!”

Universal Music Romania statement:” We are happy to join forces again with Scarlet Aura, a band that proved throughout the years its talent, innovation, hard work and dedication for what they love the most: metal music!“