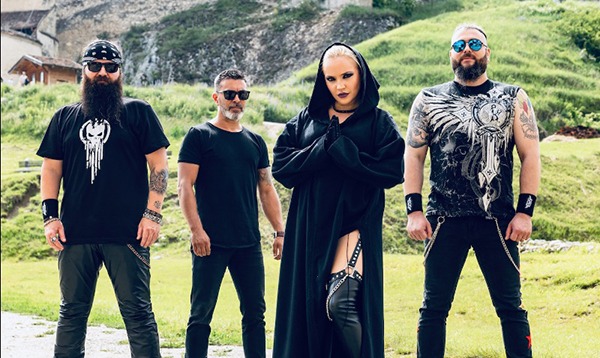 Shamanic Eye is an incantation of the senses, a dispossession of own self, a luring invitation to open your inner eye, the one without flaws, the eye of truth and of the spiritual depictions. Believe and you shall see with your shamanic eye the unveiled truth that is to our immediate senses hidden and experience its magic!

Starting this year on a high note, Scarlet Aura continues to celebrate the 5th anniversary of Falling Sky the album that got them to the European stage and brought worldwide fans attention and announces the release of the second single – “Shamanic Eye”! The 5th Anniversary edition out on 16th of April via Universal Music Romania brings re-recorded, re-mixed and remastered version produced by Mihai “Myke D” Danciulescu.

The single will be released on 19th of February and is available for pre-order/pre-save here:
http://scarletaura.lnk.to/ShamanicEye2021

The first single – Colour Blind – is available digitally and as a video:
https://ScarletAura.lnk.to/ColourBlind2021
https://www.youtube.com/watch?v=SbcxKrFUV48

Scarlet Aura comes with this new audio version of the Falling Sky album in between of other two releases – the Stormbreaker album (2020) and their 3rd and last album from “The Book of Scarlet” trilogy that is coming up next this Autumn supporting their tour with Primal Fear!