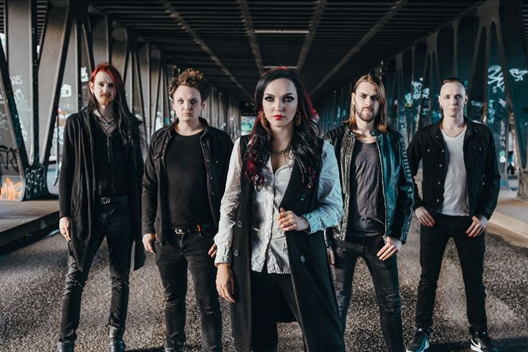 German dark rockers Scarlet Dorn will release their third studio album, ‘Queen Of Broken Dreams’, on September 30th, 2022 via SPV Recordings. The album contains 12 new songs and will be released as Limited LP Edition including red colored vinyl, CD Edition in a digipak, and available on streaming and digitally.

Scarlet Dorn combines the elegance of darkness with the catchiness of pop. Free of genre boundaries, Scarlet sings herself directly into the heart of the listener. With industrial sounds, rock ballads, and electronic beats, the band takes the listener on a journey through complex human abysses, the world of hope and sorrow, but also directly into the arms of life in all its glory. With her captivating voice, singer Scarlet Dorn exudes a variety of emotions ranging from gentle and tender to menacing and somber.

Scarlet Dorn was founded in 2016 by the producers Chris Harms and Benjamin Lawrenz, together with the singer Scarlet Dorn. Not only through the release of the albums Lack Of Light’ and ‘Blood Red Bouquet’, but also through tireless touring with Within Temptation, Joachim Witt, Letzte Instanz, and Lord Of The Lost among others, the band inevitably appeared again and again on the schedule of the dark music scene over the past several years.