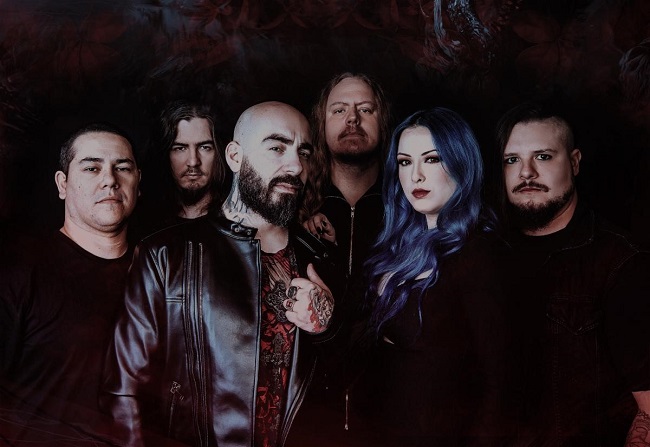 Frontiers Music Srl is pleased to announce the forthcoming release of Brazilian metallers Semblant’s stunning new studio album, “Vermilion Eclipse” on April 15, 2022. Today, fans can get their first taste of new music from the band with the release of the single and video ‘Purified‘. Watch the video HERE: https://youtu.be/IJslTie3Nc8

Their second for Frontiers, and fourth overall, “Vermillion Eclipse” sees Semblant continue their evolution into a powerful musical force that is hard to pin down with one musical categorization. With wide ranging influences under the metal and rock umbrella, Semblant are at once wholly unique and entirely familiar on “Vermillion Eclipse”.

“We never thought it would be possible for us to compose a whole new album completely remote while we were all at home during the pandemic. It was different. It was intense. The process of producing the album had an even more amazing synergy between the band and our old well known friend and producer Adair Daufembach. I’m so excited with this album and I can’t wait to finally release it,” says vocalist Mizuho Lin.

Beginning with their last album “Obscura” (2020), Semblant began to truly flex their musical muscle and show that they are more than ready for the world stage. Having already received international praise from the metal community with the release of the album “Lunar Manifesto” (2014), with the massive singles ‘What Lies Ahead’, ‘Dark of the Day’, and ‘Incinerate’ combining for more than 30 million views on YouTube, “Obscura” showcased a band having taken massive steps forward in their sound and presentation. Tracks like ‘Mere Shadow’, ‘Murder Of Crows’, and ‘Dethrone The Gods, Control The Masters’ are just a few examples of how much the band had matured musically in both songwriting and performance.

The band was geared up and ready to take “Obscura” on the road to spread their metal message, but, like every other band in the world, the pandemic changed their plans for world domination drastically. Grounded in Brazil and unable to head to Europe or the United States to tour as they had planned, Semblant, in 2021, eventually began work on what would become “Vermillion Eclipse”. With pent up energy from being unable to tour and the emotional toll of the pandemic (multiple band members lost a family member to COVID-19), the band’s songwriting and performances here illustrate even more forward progress than what was achieved between their last two releases.

“We hope you guys love “Vermillion Eclipse” as much as we love it. I usually say this about each new album we deliver, but, now, I feel that this sentence has reached a point of real meaning. All our hearts and dedication are present in this music. All the experiences we lived through during the pandemic and all the moments where we kept ourselves locked in our studios focused on creating music are finally in song form and reaching out to your hearts and souls. This album is an emotional breaking point. Over the course of making this album, we lost family members, one of us is celebrating the news of our first child being on the way, and we helped each other to keep our minds healthy and strong as best we could during this insane time. This is all reflected in the new album,” says vocalist Sergio Mazul.

Along with the stunning music, fans who pick up a physical copy of the album will receive a majestic visual delight with “Vermillion Eclipse”. The cover artwork was created by the Greek artist Giannis Nakos from Remedy design (Evergrey, Amaranthe, The Agonist) and the interior booklet designs were conceived by Carlos Fides from Artside Digital Studio (Shaman, Edu Falaschi, Icon of Sin).  Semblant formed in 2006 in Curitiba, Brazil when singer Sergio Mazul and keyboardist J. Augusto joined forces to create music that featured all the dark and aggressive elements they appreciated and loved in metal music. After a few years of changing line-ups, the group established itself with the addition of Mizuho Lin (female vocals), Juliano Ribeiro (guitar), Welyntom “Thor” Sikora (drums), and Johann Piper (bass) to the band.