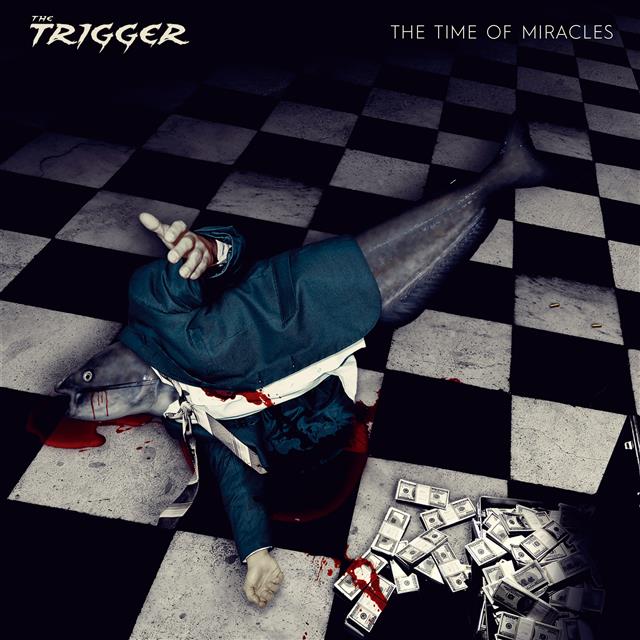 Female-fronted heavy metal band, The Trigger, released their new album “The Time of Miracles” via Massacre Records! The band already released two music videos “Pray” and “What Have We Become”, as well as the lyric video for the single “Don’t Feed the Cannibals” featuring Darko Živković from the band Downstroy.

There are more videos to come, but until then you can listen and order their English debut “The Time of Miracles” HERE.

“The Time of Miracles” delivers a different take on a modern metal sound with its unique female vocals, downtuned heavy guitars and a touch of progressive and electronic music.

During the one hour long run time of the album, the band keeps focus on catchy, groovy guitar work and memorable melodies, but still takes risks and channels their progressive influences as in the nine-minute album closer “Abyss”.

The concept, lyrics, and artwork of the album symbolically portray society’s fast decay and weakness of human nature, sarcastically describing the age we are living in as The Time of Miracles.

LISTEN AND GET THE ALBUM HERE

While The Trigger may be a new name for metal fans worldwide, the band has been very active on the regional music scene since 2005. They have released three critically acclaimed full-length albums in their language and have been supporting them with a large number of live shows.

The Trigger is lauded for its tenacity and uncompromising attitude, Milena Brankovic’s unique powerful vocals and striking stage presence, as well as Dusan Svilokos’ songwriting and guitar chops. “The Time of Miracles” is their first international release!