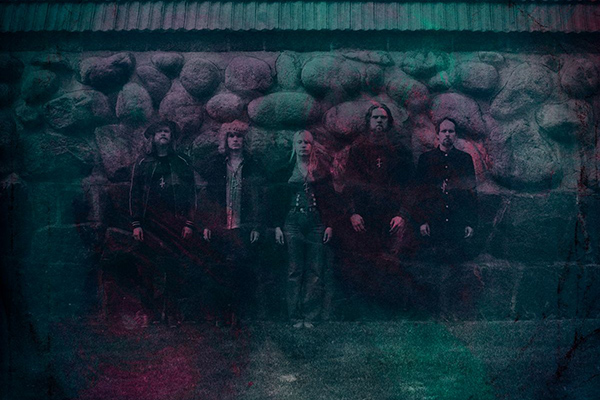 Fading and spacing out shortly after the 35 minute mark, Seremonia’s new album is an exceptionally tight package of heavy psych. While it certainly means a lot of hot fuzz riffs and catchy choruses, Seremonia would not be Seremonia without their fearless free form psychedelic experiments.

The experimental production spirit runs free throughout the entire album.

A timeless piece of music and poetry, of course filtered through and mutilated by Seremonia’s signature wild approach to psychedelic rock: the perfect song to be played at your funeral! Listen to Unohduksen kidassa via Svart Records’ YouTube-channel.

Seremonia‘s new album Neonlusifer is out on the 4th of February 2022 via Svart Records.