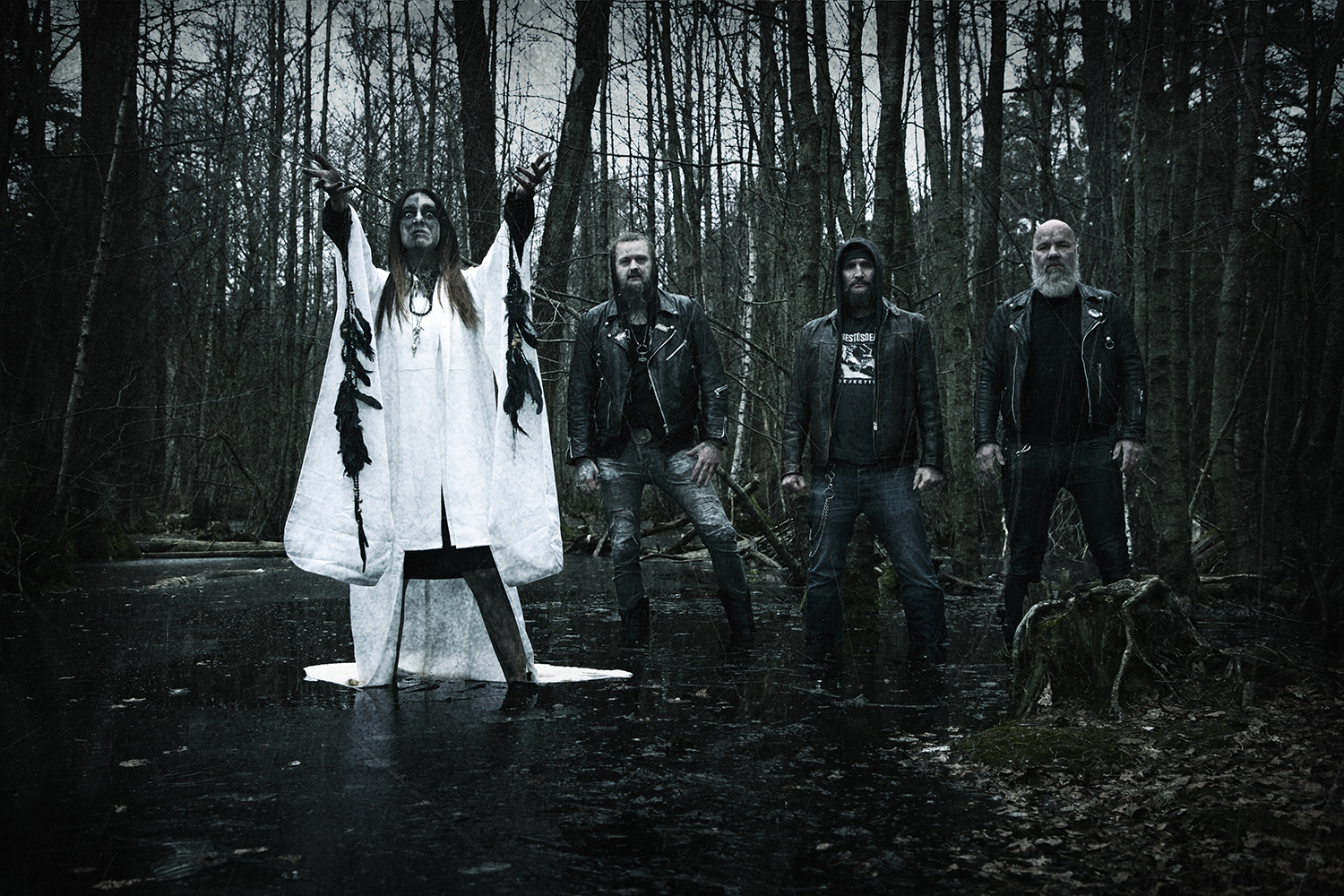 Serpent Omega meld sludge, doom, metal and crust into an unique and sordid brew. The first and self-titled album was sold out in a few months back in 2013. The long awaited sequel “II” was recorded in Stockholm, Sweden by Jonsson at Dark Prod Studios, mixed at Studio Humbucker by Robert Pehrsson (Runemagick, Death Breath, Robert Pehrsson’s Humbucker) and finally mastered by Magnus Lindberg Productions (Cult of Luna). To say it sounds grotesquely heavy and good is obviously an understatement. Seven years since its debut, the Stockholm-based quartet offers perfect soundtrack to what may well be the end of the world as we know it. It’s all here…despair, hopelessness, fury, and perhaps a glimmer of bloody triumph and distant hope in the inevitability of a new beginning. The songs are a pile of bleak upon bleaker riffs that move from a slow and low crawl into d-beat and black metal territory with a smattering of NWOBHM in for good measure.

“Orog Nuur”, the first single, is released May 15. It is a deceptively simple statement, opening with guitarist Jonsson’s plodding riff that lays the groundwork for magnificent tremolo-picked tribal bridge. It’s during this latter section, more than anywhere on this record, and ironically bookended with the phrase “there is no escape,” that it feels like this whole end-of-the-world thing might actually be kind of fun. It’s triumphant and huge, filled with power and awe and resolution…and it doesn’t last. Jonsson from the band explain:

“This song got its name from a lake in the Gobi Desert of Mongolia. Like nomads in a cosmic desert we were happy to find this portal to another dimension. But we got unexpected company and not even the flames can save us. There is no escape. They breed in fire.”

Serpent Omega has recently changed drummer and behind the drums on this new release is the well renowned Peter Stjärnvind, a.k.a Fast Feet Pete (Entombed, Nifelheim, Merciless, Unanimated, Murder Squad, VOJD, to name a few). The other members are the original line-up and it consist of;
Urskogr – Vocals
Brief – Electric bass
Jonsson – Electric guitars

Serpent Omega has played crypts to festivals, all around Scandinavia since the debut in 2013 together with bands such as High on Fire, Bongzilla, Hooded Menace and Grand Magus. The new album “II” will be performed live for the first time in Stockholm at Macken Festival 2020, and released September 4 on Icons Creating Evil Art.

Serpent Omega has played crypts to festivals, all around Scandinavia since the debut in 2013 together with bands such as High on Fire, Bongzilla, Hooded Menace and Grand Magus. The new album “II” will be performed live for the first time in Stockholm at Macken Festival 2020, and released September 4 on Icons Creating Evil Art.