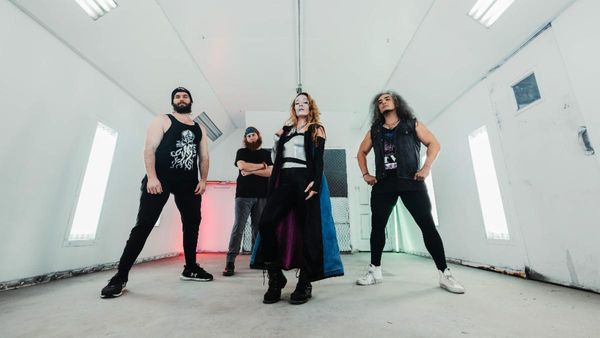 After two crushing tours with Unleash The Archers in the USA, Seven Kingdoms launches the Crowdfunding Campaign for their upcoming Studio Album, ‘Zenith’ to open on February 15th on Kickstarter.com and will end on March 22nd at Midnight!

‘Zenith’ is the 5th Studio Album from Seven Kingdoms and is scheduled to be released worldwide in June after the crowdfunding has completed.

The band will complete crowdfunding before their USA tour with Beast In Black and spend the months of April and May promoting the release for June.

Today, Seven Kingdoms also releases the Video Clip of ‘I Hate Myself For Loving You’ a cover song that can be found on the upcoming release! This cover song was funded on the last Kickstarter Campaign and is now fulfilled!

The Cover Art and track-listing will be revealed on February 10th!

“We are stoked to drop this first video! It’s been a long time since we’ve been able to release a full length album and we’re finally here!

We put a lot of time into this release and are currently putting the team in place that will help us bring this material worldwide over the upcoming years!

We are thankful for the opportunities we have been able to have, and for our wonderful fans that have given us 4 previous successful crowdfunding campaigns – this will be our 5th! We can’t wait to start the release process!”

Are you new to Seven Kingdoms? Check them out below!