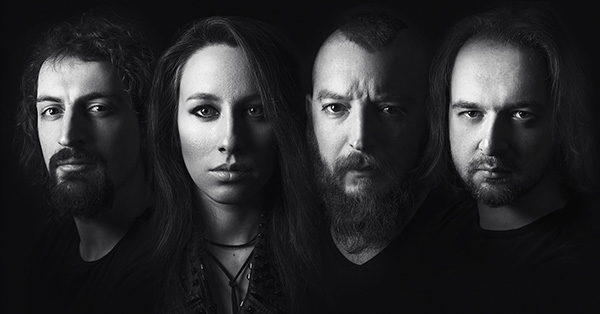 The lead vocalist of SEVI has announced a date for the release of her upcoming debut album. During the past three years, the vocalist had mentioned that she was considering this step and was working on the material for a solo album, but due to her engagements with the band, there was never enough time for its realization. Finally, after nearly two years of work, the album is ready, and fans will have the opportunity to hear the rock lady from SEVI in a different style, away from the heavier sound of the band. Rock acoustic, mixed with elements from different styles, very natural sound and a personal message to the fans. Inspired by the idea of the faith in “tomorrow”, the new beginning and the willingness to face the unknown with no fear, the album is titled “Tomorrow”. Rally Velinov from SEVI and the guitarist Alexandra Zerner, take part in the creative process, music and arrangements. Special guests on the album are – Alberto Steri(Sugar Ray Dogs), Johnny Gioeli (Hardline, Axel Rudi Pell) and others. Most of the recordings were made at Pepinio Records Studio, where the musicians experimented with different sounds and instruments. Petar Bratanov (Pepinio) is also involved in some of the arrangements with guitar parts and solos. The official premiere will take place at Sofia Live cClub on November 15th Then will be presented also the first single and video from the CD also called – Tomorrow. The doors open at 7.30 pm and the start is at 8:30 pm

SEVI are one of the most successful female fronted metal bands in Bulgaria at the moment.

In the past 10 years they realized some great tours in Europe and all over Bulgaria. They had the chance to play in Italy, Greece, Romania, Serbia and Germany and to be part of the lineup of some of the biggest festivals in Bulgaria such as “Hills of Rock”, “Varna Rock”., “Kavarna Rock”, “Midalidare” and many others. SEVIplayed along with names like Doro Pesch, Epica, Evanescence, Dee Snider, Helloween, Pretty Maids, Disturbed, Guano Apes, Udo Dirkschneider and many others.

They were chosen as an official support act to the concerts of bands like “Europe”, “Tom Keifer”, “Black stone cherry”, “Nightwish””and “Evanescence”.

They have 3 studio albums and a LIVE DVD. Special guests in their 3th album “Follow Me” are Jen Majura( Evanescecne) who took part in our latest single “To Hell and Back” and Thomas Visktrom( Therion) who  features the track “The Art of War”.