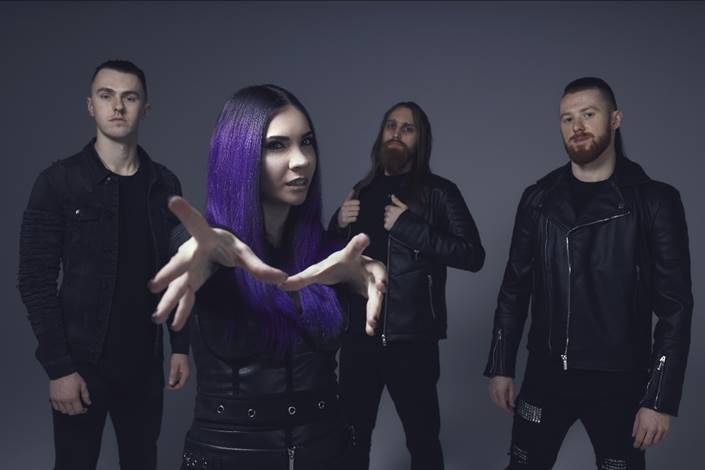 The acclaimed metal band Skarlett Riot are back with a music video from their new single!

Video can be found here:

HUMAN
The first single + video of their upcoming new album

New music video will be released today, March 27
Single was released on March 20

After the success of their second album ‘Regenerate‘, the hard-hitting UK quartet Skarlett Riot reinforced their interest from far and wide. With ‘Regenerated’ the band introduced their listeners to a harder, heavier and faster sound, but still driven by the anthemic hooks that have kept Skarlett Riot at the forefront of the UK modern metal scene. The band have constantly developed and honed their craft; and the band are in comfortable in their darker and heavier guise, with elements of Asking Alexandria, In This Moment and Bullet for My Valentine shining through; opening up all new possibilities for the band

Although it’s seemingly been quiet in the Skarlet Riot camp since their latest album release, truth is they’ve been working non-stop on brand ner music, the first result of which arrives in the form of long-awaited new single ‘Human’. Still led by the charismatic vocals of Skarlett, the band is a tighter, more powerful proposition, with harsh vocals complementing the melody throughout this track, without every losing sight of the outstanding melodic intent. Musically the band has come on leaps and bounds from previous releases and the addition of new bassist Tim Chambers has given the band a renewed impetus.

Embracing a more aggressive tone, Skarlett Riot are out to prove there is more to this young UK act than meets the eye!

Quote for music video:
“Skarlett Riot’s new single ‘Human’ underlines the importance of respecting each other in all aspects of life. You don’t know what battles someone else is facing behind closed doors!”
// Skarlett Riot