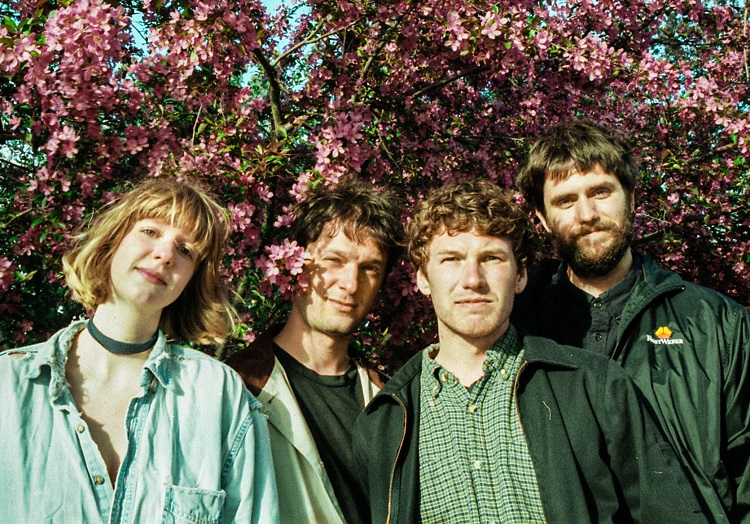 Wisconsin-bred and Chicago-based band Slow Pulp – Emily Massey (vocals/guitar), Alexander Leeds (bass), Theodore Mathews (drums), and Henry Stoehr (guitar) – released their remarkable debut album Moveys in the Autumn of last year, to critical acclaim from the likes of The New York Times, The Guardian, NPR, NME, The Line of Best Fit, NYLON, Stereogum, and more. Today they are announcing their new 7” entitled Deleted Scenes, which will feature two reimagined tracks from Moveys that be released via Winspear digitally on June 30th and physically on November 12th.

To celebrate the announcement, the band is sharing the A-Side of the 7”, ‘At It Again (Again)’, which reinterprets the grunged-up album track as a soft and gentle acoustic version with Emily Massey’s vocals floating light as a feather over strumming acoustic strings and staccato guitar rhythms.

Listen to ‘At It Again (Again)’ HERE.

Out digitally 30th June, and physical 7” out 12th November via Winspear
Pre-order HERE.