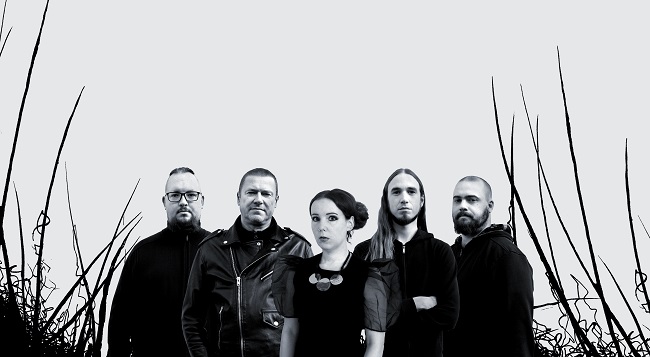 Taken From Their New Album ‘Somnus’ – Out Now On Argonauta Record

Belgian Atmospheric Doom Metal act Splendidula has released a haunting, new video for the song Oculus, taken from their critically acclaimed, third studio album Somnus, which was released in January 2021 on Argonauta Records.

“We were really overwhelmed by all the positive feedback after the release of Somnus,” the band comments. “Argonauta Records and All Noir both did a great job promoting our album, reaching an audience all over the world. The current situation didn’t allow us yet to play our album live, but we didn’t want to just sit still and do nothing.’

This video is dedicated to everyone who supported us so far and shows some atmospheric footage of our meditative journeys and spiritual processes during the last months. The perfect visual representation of the slowest and most psychedelic song on the album.”

Splendidula was formed in 2008 in Genk, Belgium. They released their self-titled debut album in 2013, that was described as a mix of traditional doom and alternative rock with sludge grooves and psychedelic drones, for open-minded fans of experimental genres.

Splendidula’s second album Post Mortem, released in 2018 by Inverse Records (CD & digital) and on Vinyl in 2019 by Dust & Bones Records, gained the band much praise from both fans and critics alike. Following an impressive series of shows, supporting acts such as Wiegedood, Wolvennest, Haunted, Soul Grip, The Fifth Alliance, Famyne, Alunah, Atomic Vulture and many more, Splendidula inked a worldwide record deal with powerhouse label Argonauta Records for the release of their third album Somnus.

The album is available on Vinyl and CD via the Argonauta Records store at THIS LOCATION!