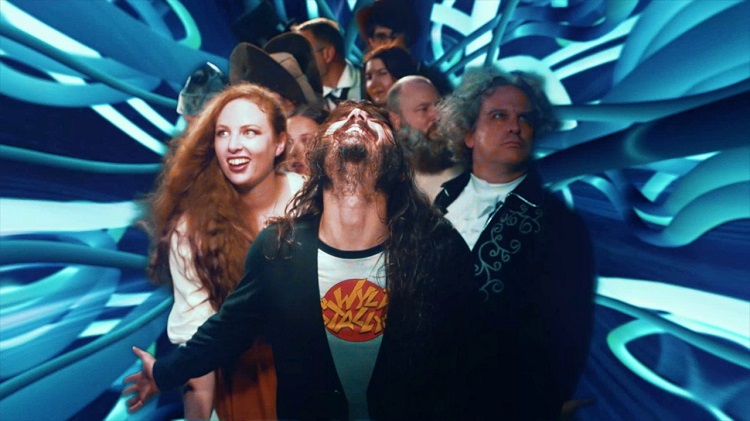 Arjen Lucassen (Ayreon) is set to release the new Star One album titled Revel In Time on Feb 18th, 2022 on InsideOutMusic.  Revel In Time is now available for pre-order, along with the re-issues of “Victims of the Modern Age” and “Space Metal”.

Today, Arjen is pleased to share the new single and video for the title track featuring Brandon Yeagley and Adrian Vandenberg.

Watch the stunning video for “Revel In Time”

Arjen has this to say about the video:

“Dear friends, you better hold on tight for this absolutely zany clip… here is the 4th single: ‘Revel In Time’! It’s based on the equally zany movie ‘Bill and Ted’s Excellent Adventure’. It was filmed in Holland and the U.S. and of course… in outer space.

This is definitely the most varied Star One album so far. After the epic ‘Lost Children of the Universe’, the fast and furious ‘Fate of Man’, the complex and proggy ‘Prescient’ we now have this deliriously wild ride for you with ‘Revel In Time’. I sure hope you have a sense of humor, ha ha!

I hope you will enjoy this Amazing Flight in Time and Space. Thanks for your support as always, looking forward to reading your comments.

Be excellent to each other!
Arjen.”

Additionally, Arjen is now for the first time officially releasing an overview of all the guest musicians that participate on both CDs:

Arjen explains the decision to return with a new Star One album:
“Ayreon is like the mothership for all my music. It contains all the different musical styles that I like to listen to and that I love to create. But I’m always looking for challenges and trying to create something new and original as well. Working within a set of constraints forces you to do that, so sometimes I like to limit myself and focus on just one style. For example, with Star One I focus on the metal-side of Ayreon. That means you won’t hear the exuberantly liberal use of acoustic instruments that are so often featured on Ayreon albums, like violin, woodwinds, cello, horns, dulcimer, mandolin, etc.”