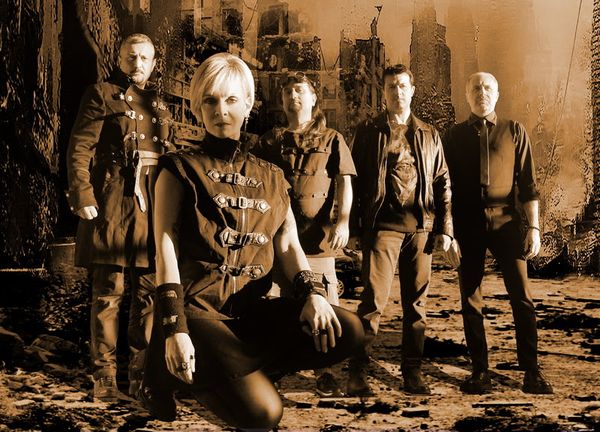 The southern Italian lands of 1996, saw the creation, growth and establishment of the melodic death metal act Steel Cage.

The group was spawned by an idea of guitarists/brothers Gianluca and Giuseppe Rungetti with drummer Genny Eneghes. That same year they produced the demo-tape Abyss Of Steel.

In 1997, the band saw changes in their line up, but nothing could stop the trio from keep working on new ideas for future productions, concentrating on mixing death, gothic and some progressive elements with their primary roots based on thrash metal. They infused this with their anger and the pain of living in a sick society.

Over the next years, the group released two EP’s, Visions Of Dark Millennium (1999) and Red Blood Planet (2002) and in 2011, their hard work culminated with the album Obsidian which was the first time Steel Cage featured a female singer.

After further changes, Steel Cage finally returned with a new permanent female singer in the form of Silvia Nardoni and the return of former bassist Marco Campassi. Now the band is ready with its latest album Syndrome, which will be released via Sliptrick Records later in the year.