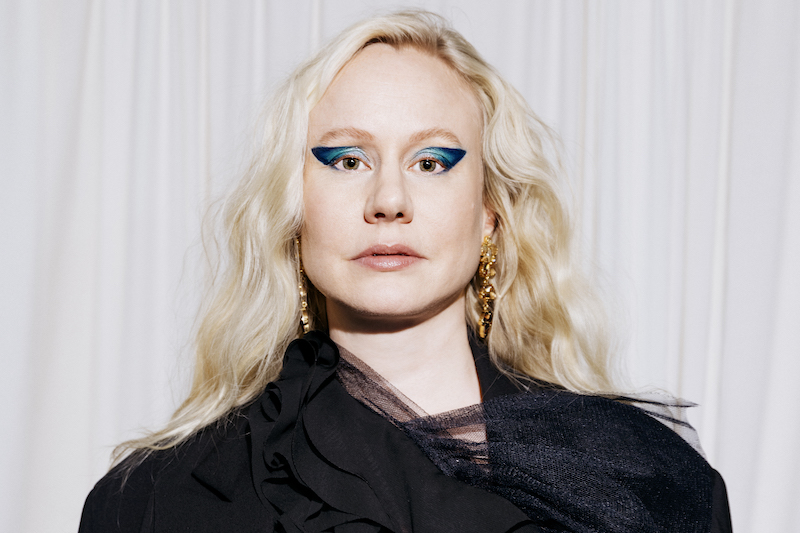 With her new album Elevation set for release March 25th via SusannaSonata, Norwegian artist Susanna is sharing the second single from the record with her new track “Rose-Pale Dawn” with a video created by Jenny Berger Myhre.

The record, which is inspired by the works of French poet Charles Baudelaire and a follow-up to 2020’s ‘Baudelaire & Piano‘ sees Susanna takes her work a step further. Where previous releases have consisted of various traditional collaborations with a number of musicians and artists, she is now debuting as a curator in her own project Elevation.

Baudelaire & Piano, which originally was a solo album, became a collaborative venture with a concert performance and this experience inspired Susanna to find new ways of working for the new record. On Elevation she invited Norwegian artist Stina Stjern and French artist Delphine Dora to compose and play music in dialogue with her own Baudelaire-songs. Elevation is a musical interplay between the three of them, produced by Susanna.

“Rose-Pale Dawn” is composed and played by Stina Stjern, directly led out by and based on both Susanna’s and Delphine Dora’s interpretations of Baudelaire’s poetry. The title is from the poem The Spiritual Dawn.

Susanna said “The song is atmospheric and dreamy, with several layers of beautiful little pastel-coloured synth melodies. Everything is made for and played on tape recorders.”

For Susanna, nothing happens in a vacuum. Every creative act responds to what’s come before. And by exploring this dialogue, we can learn new things about ourselves and the world.

This idea has inspired the Norwegian artist throughout her near two-decade career. It’s behind her unforgettable covers of classic songs and her interpretations of the paintings of Hieronymous Bosch.

And it found its purest expression on last year’s Baudelaire & Piano, a stripped back song cycle setting texts from the 19th century French poet Charles Baudelaire’s The Flowers of Evil.

In Elevation, its followup, Susanna’s engagement with Baudelaire’s work blossoms into a collaborative enterprise, combining tape, spoken word and song. The result is a unique musical conversation spanning centuries and disciplines; a “time travelling” project, as Susanna puts it, that moves between creative dimensions.

It all started with a new English translation of Baudelaire’s work, by Anthony Mortimer. Susanna was entranced by the multilayered texts, with their “many colours, shades, moods and emotions”.

She found “music” in them, and their rich symbolism and imagery made them inspiring material for adapting into song. Susanna was also drawn to Baudelaire’s worldview, which addresses questions of religion and morality with a certain force and elegance.

A similar description could apply to much of Susanna’s work. Across 16 albums for labels such as Rune Grammofon, ECM and (since 2011) her own SusannaSonata—and through a dizzying array of collaborations, cross-disciplinary projects and compositional commissions—her work has probed existential questions with a bold and delicate touch.

One constant has been Susanna’s unmistakable voice; another, her pursuit of the unexpected, which has led her to disregard genre convention, traversing the worlds of jazz, contemporary classical, pop and experimental music.

For all Susanna’s achievements—three Norwegian Grammys, among numerous other awards; collaborations with artists such as Jenny Hval and Susanna superfan Bonnie “Prince” Billy—she is still in search of new ways to do things.

Baudelaire & Piano was the first time she had recorded truly solo, limiting herself to voice and piano to give full expression to her source texts.

On Elevation, her songs remain restrained and precise, all the better to frame Baudelaire’s vivid images: immense sarcophagi, swift spirits, sensuous visions of paradise and “all destruction’s bloody panoply”.

A slight shift in thematic focus emerges: while Baudelaire & Piano dealt with “a creepy cast of witches, pagans, wolves, vampires and demons,” its followup depicts possessed lovers yearning for ecstasy and a spiritual dawn.

Susanna also brings collaborators back into the process, nurturing connections made over a series of Baudelaire & Piano live shows presented in 2020 and 2021.

And tape recorder soundscapes from Stina Stjern—familiar from Susanna’s Hieronymous Bosch project Garden of Earthly Delights (2019)—frame the album with hiss, hum and soft fingers of melody, like mist settling on a landscape.

These contributions deepen the album’s mystery and its evocative power. The result is an engrossing interleaving of sounds and registers; and, as Susanna describes it, “an intuitive and collective ceremony of the ethereal and mystical in life.”

Her illustrations “Witch Woman”, “Pan” and “Danse” adorn the release, which will be available on cassette as well as in the usual digital, CD and vinyl formats.