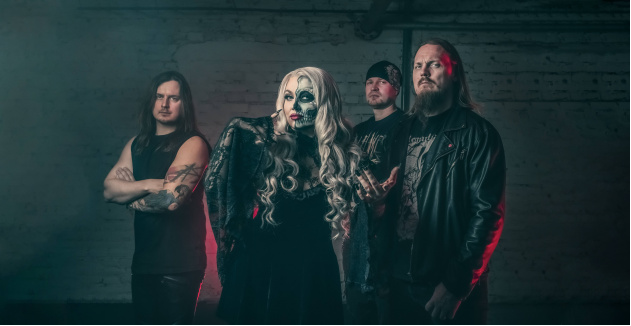 Swansong just recently announced their signing to Noble Demon for the release of the band’s debut album. With full focus on their upcoming album, set for release in 2023, the band has now also announced a new drummer to replace Markus Tikkanen from now on. The band comments:

“Our original drummer Markus Tikkanen stepped aside from Swansong due to personal and schedule reasons. We wish him all the best. He has been an important part of our story and we are grateful to him. Respect! Luckily as our story grows we found Jimi, who is known from such ensembles as Sadistik Forest, Se, josta ei puhuta and Kaera. He is highly skilled, professional and known by many. We are very pleased and excited to have him! Show him some love!”

Founded in 2020 in Kuopio, Finland and combining melodic death, heavy and folk metal – just to name a few, Swansong are bringing their very own blend and something new to the metal scene. Powerful melodies with hard-hitting riffs revive the 80s and 90s and at the same time the old school elements get a fresh & modern twist with female death growls and screams! Watch the band’s latest video for “Winter Maiden” here: