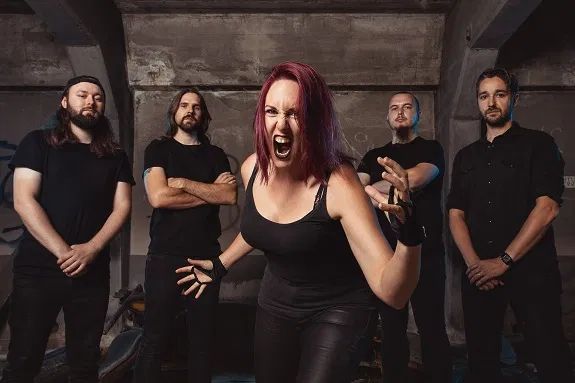 6 months after the official release of their debut album ‘Inhuman’, French melodic death-metallers SWARMAGEDDON is still working hard to create and share new content to promote its music and just shared and official music video illustrating the song “Brave New World” on YouTube.

For reminder ‘Inhuman’, is still available on CD & Digital through the main legal platforms (Spotify, Deezer…) and Bandcamp.

Watch the official video of “Brave New World” on YouTube:

SWARMAGEDDON is a metal band from Besançon (France) formed by Marion in 2015. Mixing aggressiveness, atmospheres and melody, the music of SWARMAGEDDON explores a universe both dark and epic, at the crossroads of oldschool and modern metal.   In 2018, SWRMGDDN released their first EP “An Infinite Landscape” and performed concerts in the east of France, while working on their first full-length record.   Entitled ‘Inhuman’ and released a couple of weeks ago, this album written during the year 2019, wants to be more direct and composed for the live than its predecessor, and develops a cyberpunk theme.