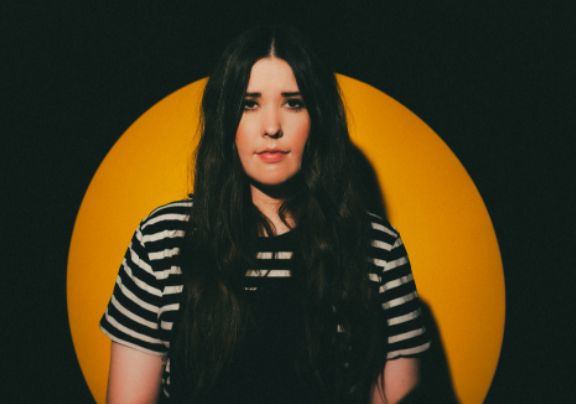 Sydney Sprague has released the official music video for “Think Nothing“.

“I wrote ‘Think Nothing’ during the process of releasing my first album”,says Sydney. “I was finally starting to see some momentum after working so hard for so many years and I thought I would be excited and happy, but I was honestly terrified.

I’ve always struggled with imposter syndrome and anxiety, so I wrote this song as a way to try to push through that. It can be paralyzing when the voice in your head is constantly second guessing every little decision you make and telling you you’re not good enough, so this song is my way of telling that voice to respectfully shut [the fuck] up. J”.

“Think Nothing” is the first release since her super acclaimed debut album “maybe i will see you at the end of the world”.

Since then she’s been heavily on the road touring with acts like The Front Bottoms, Oso Oso, Jimmy Eat World, and Dashboard Confessional. A digital deluxe version of “maybe i will see you at the end of the world” is available to stream on all music platforms.

Sydney made a huge mark on hearts last year with her earnest songwriting, which made an immediate connection with fans and writers at places like  like NPR, Refinery29, FLOOD Magazine, UPROXX, Alternative Press, Atwood Magazine, The Alternative, Guitar World, Substream Magazine, and Under The Radar.

She was also a guest on Hanif Abdurraqib’s“Object of Sound” podcast.

by: staffJuly 7, 2022
debut albumKindaMaybe I Will See You At The End Of The Worldnew singleSydney SpragueThink Nothing