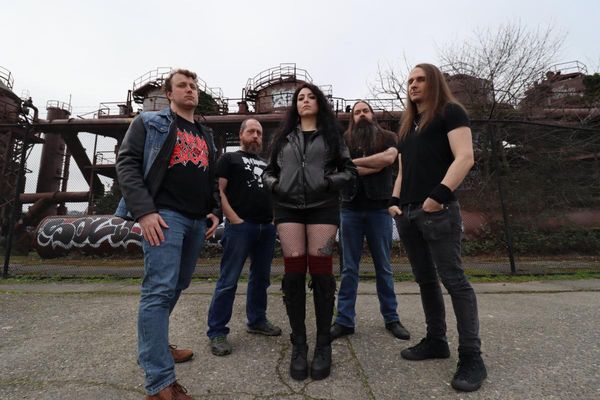 Inspired by both classic and contemporary metal bands, TELOMYRAS writes riff-driven music with an emphasis on melodic phrasing, punctuated by progressive elements.

The collection of songs on the EP represents the band’s musical vision, which embraces both the darkness and the light with triumphant exclamation.

The musical performances are influenced by a range of metal genres, such as thrash, power, and traditional heavy metal. The powerful vocal performance and lyrics comment on conflict and change through the lens of myth, personal strife, and the reality of the world we live in.

All songs written and arranged by Telomyras.

Engineered and mixed by Cody Brumlow.