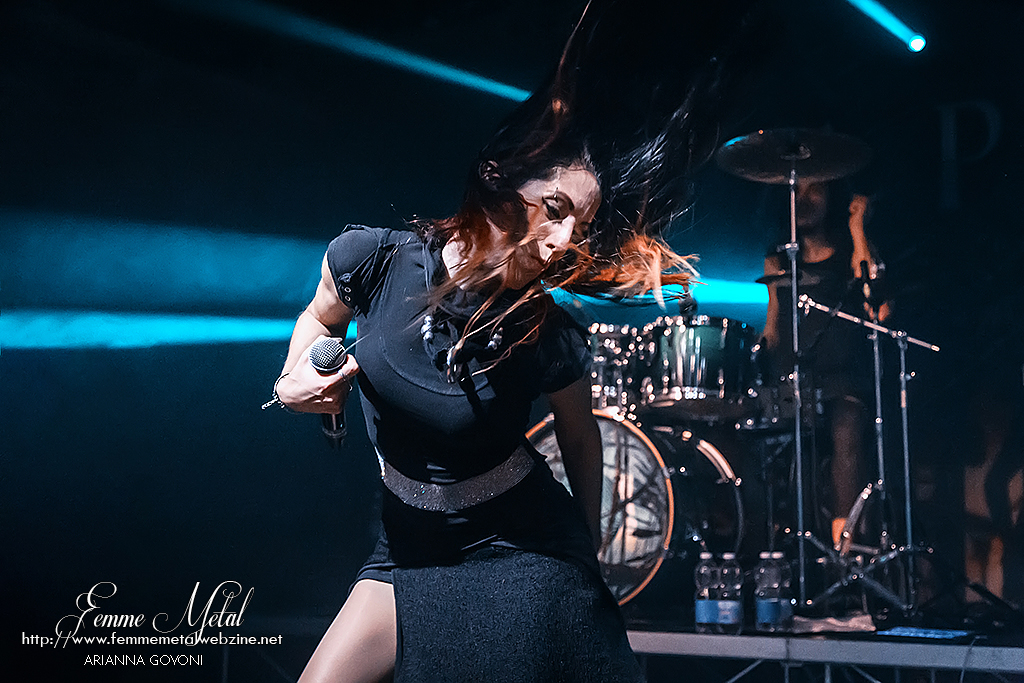 Cut from the Digital Deluxe Version of their Latest Album, Diamanti | Order HERE

After the well-received release of their latest album, Diamanti, TEMPERANCE is back for more! The modern melodic metal aficionados have come through with an uncompromising single, “Set Yourself Free” – a bonus track cut from the official digital deluxe version of the album, out today via Napalm Records!

Rhythmic guitars meet melodies and grand compositions, unfolding TEMPERANCE‘s combined vocal powers to their fullest potential. “Set Yourself Free” is one of TEMPERANCE‘s heaviest songs yet!

This melodic metal triumph prepares listeners for the band’s upcoming show in London at Underworld on March 29, 2022. That night, the Italian quintet will proudly headline The International Women of Rock Unity Tour as a special guest, alongside Control The Storm and Alia Tempora.

Marco Pastorino (vocals, guitar) comments on the new single:
“‘Set Yourself Free’ is probably the most modern metal track we recorded during Diamanti‘s sessions. It’s an extra song for special moments like this, so we decided to release it to celebrate our comeback on stage after two years. Enjoy and let’s sing it with us!”

Check out the static video for “Set Yourself Free” HERE:

Diamanti was mixed and mastered by Jacob Hansen (Volbeat, Epica, Amaranthe), with the cover artwork once again created by Yann Souetre (Ayreon).

Marco Pastorino (vocals, guitar) on the new album:
“With Diamanti, we’ve managed to combine our best qualities and select the best TEMPERANCE songs so far.  It’s not our heaviest album, it’s not our fastest work, but surely it’s our favourite one so far!
We weren’t necessarily supposed to record a new album only one year after Viridian, but luckily we made it! In this album you will find our trademarks: the vocal harmonies, the catchy melodies, but also epic stuff, strong arrangements, and long tracks – I am very proud of Diamanti and I am convinced we have written a bombastic album!”

Get Your Copy of Diamanti HERE: