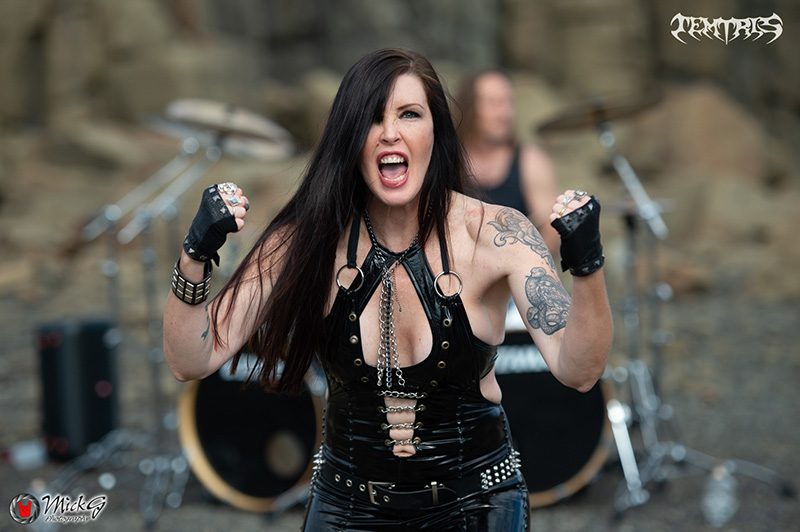 Vocalist Gen states about the artwork (see below) and song: “The Scarabaeus is part of the resurrection in Egypt mythology. The song is about the band re-starting with new members all over again.”

The video was directed by Adam Jordan, recorded at Main Street Studios in Wollongong and mixed by Lord Tim at SLS Studios.

Forever is just a taste of what is to come!

Temtris are a five piece act from the south of Sydney, Australia. They formed in 2000 and have released their albums Threshold (2003), Masquerade (2007), Shallow Grave (2014) and Enter The Asylum (2016). They have played shows all over Australia and supported Accept (GER) in 2014. In to 2018 Temtris released their 5th Studio Album Rature and toured Australia in support. 2019 saw Temtris play with bands such as Loudness, Ensiferum, Girlschool, Tank , Raven, Metal Church, Marty Friedman and a one off acoustic show with Michael Sweet. In 2020, Temtris headlined Smashfest in NZ and opened the show for Geoff Tate in Sydney. Now the powerhouse band is about to release their 6th studio album.