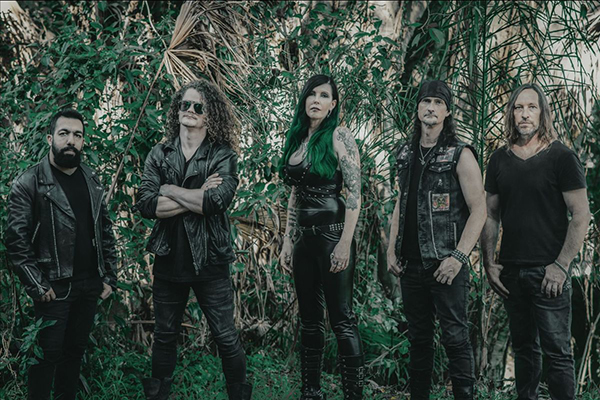 Australian female fronted powerhouse Temtris are releasing a lyric video as an appetiser for their sixth studio album. They have chosen the album’s title track, Ritual Warfare. The album Ritual Warfare is due for release on 30 April 2021 via Wormholedeath. The band also announced the Ritual Warfare Across Australia tour dates to promote their release.

Temtris combines the best elements of heavy metal and brings them to life with a modern feel. Ritual Warfare delivers powerful and soaring vocals, twin guitar harmonies, blazing solos and a crushing rhythm section that drives a catchy chorus leaving you hungry for more.

Ritual Warfare single is available on all digital platforms.

Temtris are a five piece act from the south of Sydney, Australia. They formed in 2000 and have released their albums Threshold (2003), Masquerade (2007), Shallow Grave (2014) and Enter The Asylum (2016). They have played shows all over Australia and supported Accept (GER) in 2014. In to 2018 Temtris released their 5th Studio Album Rature and toured Australia in support. 2019 saw Temtris play with bands such as Loudness, Ensiferum, Girlschool, Tank , Raven, Metal Church, Marty Friedman and a one off acoustic show with Michael Sweet. In 2020, Temtris headlined Smashfest in NZ and opened the show for Geoff Tate in Sydney. Now the powerhouse band is about to release their 6th studio ‘Ritual Warfare’ album in April.

1.Race to the end
2. One for all
3 Seven Sins of man
4.Forever
5.Ritual Warfare
6.Tempus Aeturnum
7.Erased
8.Always United