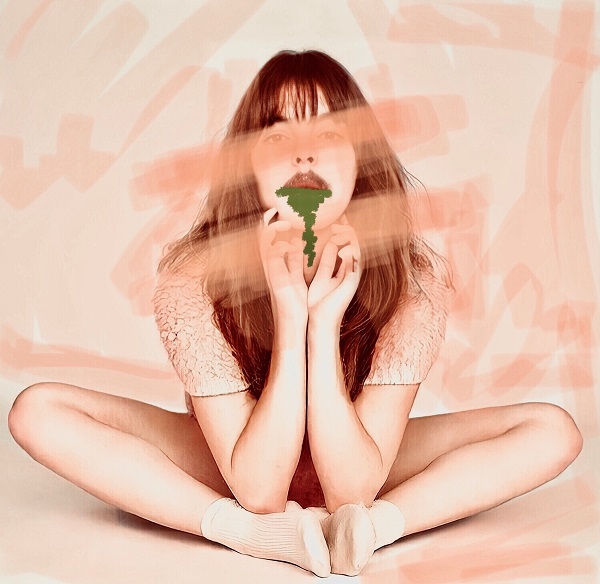 Teri Gender Bender has officially released the new EP“STATE OF FEAR”, completing the double EP, paired with the “SATURN SEX” EP, which was released in October. Including the recently released singles “THE SLOW LEAN” “LET’S BEGIN” and “GIVE ME, GIVE ME (feat. Omar Rodríguez-López)”. In addition, the physical version of the double EP is out now. Follow this link to order. On the eponymous single Teri Gender Bender wonders “Is this real life?!” in the EP’s title track “STATE OF FEAR”.

The rather dark mood of the song perfectly reflects the actual theme of “living in an insecure world in the most secure of times and vice versa…. But nothing feels more alerting when your mind is the state… the feral animal that keeps your body weak, hence anxiety feeding off the mind, debilitating and impairing any kind of realistic judgement….” – as Teri explains.

And still she comes to the final conclusion: “Well, then oh well, let the dread come in, in fact, let’s welcome it!”. Most known as the front lady for Le Butcherettes, Teri Gender Bender‘s Avant-garde musical style is showcased at its most poignant and bright on her solo endeavors and will resonate heavily with those of us crying out for authentic personalities who are proudly, eccentrically, individual.

Her songs all have something in common – they are all lit from within by an inner radiance, wise and freaky, always proud, strong, and sweet at the same time, reminiscent of Björk, wrestling fantastic works of art and pop miniatures from the great moments of intensity and quiet pause that life throws at us. It is simply impossible to label Teri Gender Bender within a specific genre.

This doesn’t come as a surprise looking at her musical accomplishments so far: Primarily known for her exceptional performances as frontwoman and multi-instrumentalist of Mexican garage punk band Le Butcherettes, she has also contributed vocals on numerous records for Omar Rodríguez-López, as well as collaborating with musical luminaries such as Melvins and Iggy Pop.

“SATURN SEX” and “STATE OF FEAR” follows the release of the “COMPLEXIFY” EP collection. Teri Gender Bender has poured the experiences of her eventful life, and those of us all, into 10 EPs with four tracks each, before tearing them apart. Not entirely, but there is a reason her former band is called Le Butcherettes, and why they were one of the hottest and most politically necessary riot grrrl bands in Mexico in the late 2000s. Fans can stream the collection in its entirety here.

The 40 tracks are based on four principles, four pillars of truth so as to speak, that underlie all of Teri Gender Bender‘s sparklingly beautiful and achingly elegiac music.

Born the daughter of Mexican immigrants, Teresa Suárez Cosío is singer, guitarist, and keyboard player who founded the band the Le Butcherettes, a garage punk band in Guadalajara. Le Butcherettes won ‘Best New Artist’ and ‘Best Punk Record’ in the Indie-O awards and have supported bands like Jack White’s The Dead Weather and the Yeah Yeah Yeahs on past tours.

LISTEN TO “STATE OF FEAR” HERE!