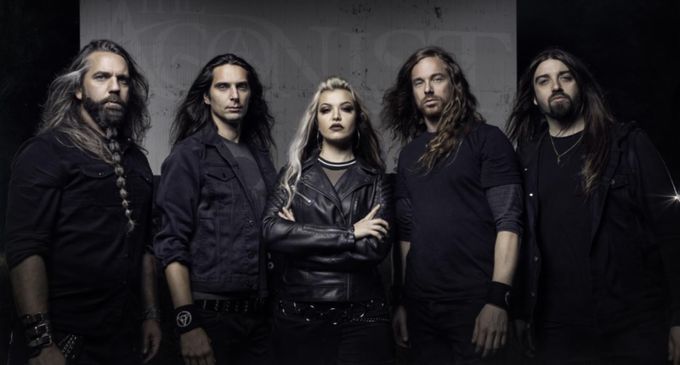 But let the music speak for itself, as today The Agonist have unleashed a second track from their upcoming “Orphans!” Watch the new video for “Burn it all Down” HERE!

Says Chris Kells, The Agonist bassist and video director: “When the band had first decided to make “Burn it all Down” a music video, naturally I knew exactly what I wanted to do. I knew I wanted to make a high intensity video that portrayed Vicky’s anger in delivering the lyrics, all while a blazing inferno is happening behind the band. It wasn’t an easy task to make happen! I thought i had it all figured out with my video team but none of us had ever done a fire shoot before. Normally we take our time in setting up the lighting and over analyzing the shots to make sure what works best in the moment. There was absolutely no time for that. Once we lit the fire It was a a race right till the end to make sure we kept it blazing and high all while trying to get every one of our scheduled shots in. In the end everything worked out, we didn’t burn down a field, nobody got hurt, just singed, and we all hustled to make sure we got everything done that was needed.“

“Orphans” is now available to pre-order at THIS LOCATION!

The band have announced a string of album release shows in Canada. Dates are listed below.