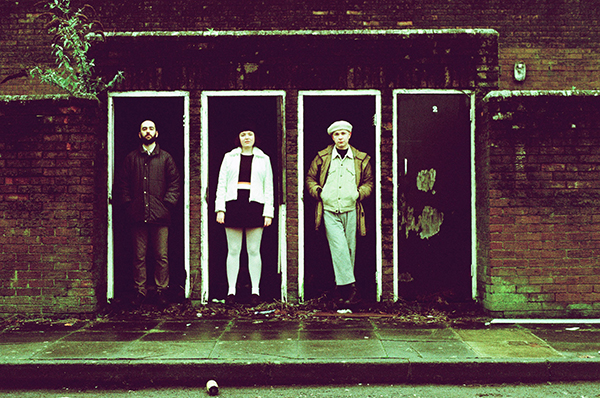 The Early Mornings are a 3-piece formed in Manchester in 2018, made up of Annie Leader – Guitar/Vocals, Danny Shannon – Bass, Rhys Davies – Drums. After recording a couple of home demos and gigging around the UK, they released their debut single ‘Artificial Flavour’ last year.

Today they share a gritty post-punk new track ‘Blank Sky’, that sits with the likes of Dry Cleaning, Cate Le Bon, Mush, and Porridge Radio, who have become inspiring names in the UK. It comes with a candidly shot video that shows the genuine streets and skies of Manchester, the perfect backdrop for the wiry guitars and deadpan vocals. They also announce their debut EP Unnecessary Creation which will be self released on Friday 18th June 2020.

Within the band is a duality of love for both pop melodies and angular guitars. The lyrics begin as poetry which Annie then selects lines from, almost in the style of a Dadaist cut-up, to fit each song. What results is something entirely new, extricated from any previous context and devoid of preconception. If the listener wants meaning they will have to find it themselves amongst the fragmented observations, existing somewhere between nonsense and profundity, the personal is the political.

On the video, Annie said: “The colour palette, composition and lighting of the video all mix to create a dullness; a mundane reality which is interposed with artistic references, flashes of colour and surrealism. This is an idea which extends throughout our music as well.”