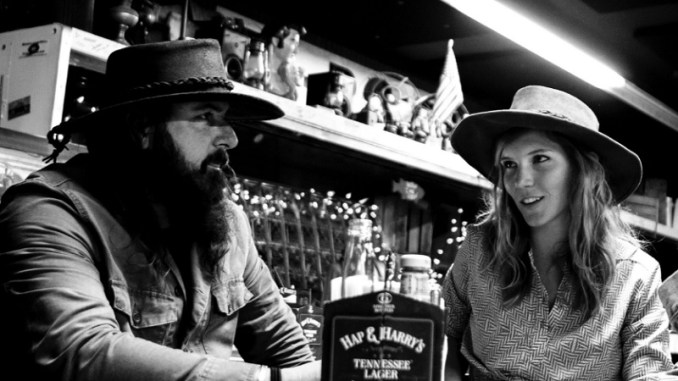 THE FBR – New single “Still on the Run”

LISTEN TO “STILL ON THE RUN”

Bandmates Malarie McConaha, lead singer and guitarist, and Tim Hunter, songwriter, guitarist, and singer, met in Leipers Fork, a small town outside of Nashville, at a local open mic. What initially began as an acoustic project between the pair, eventually grew to include producer Matt Sepanic. The band’s name, abbreviated for “Famous Blue Raincoat”, is a nod to a song by legendary singer-songwriter Leonard Cohen, one of the group’s main influences, who also had his roots in Leipers Fork at one point early in his career. The group views the small town as a “God thing”, a fated location where the band seamlessly came together.

Regarding the new release, Tim and Malarie told Americana UK about the song – which was written by Tim.  His take was that “Malarie was out one night and I was home, trying to write a love song from her perspective. It was somewhat metaphorical about our early days together, with her trying to decide whether or not to jump in. It encapsulated her wanderlust, our adventures, and how we do our thing against the grain. In a way, it was sort of coming to a realization that we both had been running from something for so long, and were determined to make this work, whatever that meant.”  Malarie interjected that “when I came home and Tim showed me ‘Still on the Run’, I was instantly captured by the tune. I loved the energy it held. As I sat with the song, the lyrics resonated with me, and it helped me step outside of my own mind, to see where he was coming from. It was a strange experience having a song written from my perspective by someone else, to see how he saw my mind and soul.”

Since forming in 2014, The FBR has performed at the National Banana Pudding Festival, Puckett’s of Leipers Fork, a Rocketown showcase, and many other local outdoor venues, stages, and bars across Nashville. The group’s versatility also carries over into their live sets, easily having the ability to perform with minimal instrumentation, or with a full “8-piece band”. On the new single, producer Matt Sepanic shares, “Creating beauty out of tragedy is one of the purest powers that art has the ability to possess, allowing light to be created from darkness.” “Before I Drown” is only a preview into future thought-provoking releases from the group.

Stay tuned for more from The FBR as they make their own unique mark in the singer-songwriter world and release new material throughout 2021.