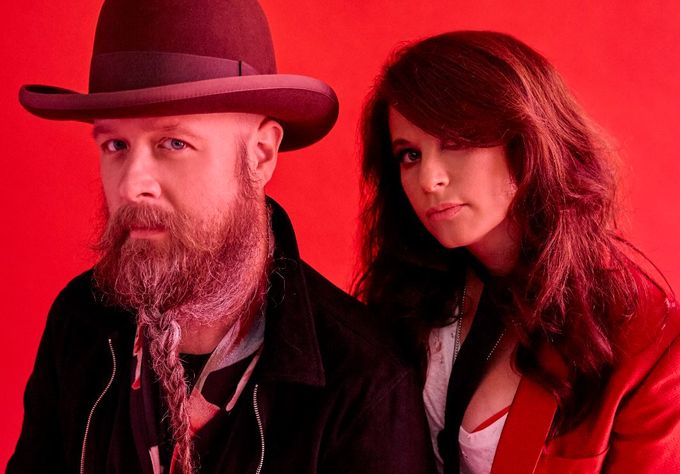 Cinematic rock group, The Grahams (Alyssa & Doug), tackle this question and more with their brand new video for “Just What You Deserve,” the first single off their upcoming record KIDS LIKE US (set for release in early 2020 via 3 Sirens Music Group/RED MUSIC/The Orchard). The video follows the rocky relationship of two beach balls, focusing on one’s journey out of their toxic partnership, as well as the self-discovery that strengthens a beach ball from the inside out. While admittedly beach ball-centric, the video’s sentiment, alongside the track’s balmy, graceful, and anthemic brand of dream pop, demonstrates a universal human story of love, loss, grief, and ultimately hope.

“Did you ever deny a love so fiercely that it’s a definitive affirmation?” asks one half of the duo, Alyssa Graham. “This is a song that reveals its own deception. We worked with our longtime co-writer Bryan McCann (BMC) and pieced together this dark love story that all of us know all too well. Deception of self and denial of passion.“

Watch the video for “Just What You Deserve” Below
Purchase Link: https://red.lnk.to/GrahamsJWYD

Among the 12 songs on KIDS LIKE US which was written during a life and creativity-altering motorcycle ride down the legendary Route 66, the husband and wife team took a detour to the music heart of Texas to write this track. “‘Just What You Deserve’ was first written as a ballad at 5am on a piano in Austin, TX,” Doug explains. “When we recorded it, it took on a life of its own and needed to break free from the constructs of a weepy ballad.“

Co-produced by Dan Molad (Lucius, Elizabeth & the Catapult, The Wild Reeds) and the late and celebrated Richard Swift (former member of The Shins and The Arcs who worked with Damien Jurado, Nathaniel Rateliff, Guster, and many more), Kids Like Us finds The Grahams exploring 50’s mod influenced garage-rock energy, 60’s and 70’s style groovy guitars, and an explosive Morricone-esque cinematic intrigue to great effect. “We started in Chicago with the blues and Motown,” Doug says, “and we ended in L.A. listening to the Beach Boys. And all of it found its way into the record.“

The resulting album embraces the American songbook and finds the band swathed in a musical timewarp when Brian Wilson, Nancy Sinatra, Dusty Springfield, The Ronettes and Diana Ross & The Supremes ruled the airwaves. With all of this wrapped up in the neon energy of a David Lynchian sheen, Kids Like Us proves to be a massive, lush, ambitious, and profoundly satisfying piece of art.