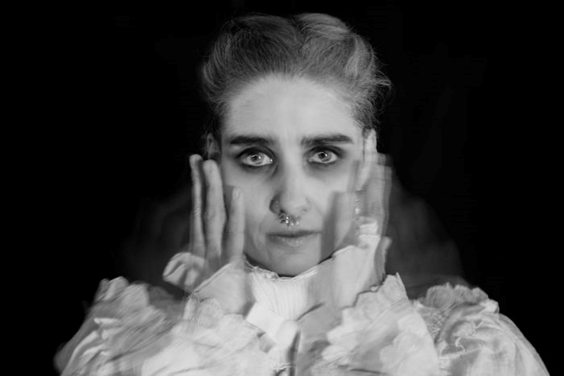 Gothic horror inspired artist THE INFERNO DOLL is now streaming a video for the song “Ghost Waltz”. The song is taken from the 2020 EP Sacrifice.

THE INFERNO DOLL began as a solo project in 2013 by singer & Songwriter Laura “Inferno” Vargas, releasing the debut album Dollmination in 2015.

Originally from Chile, and previously the frontwoman of SACRAMENTO, Laura moved to Calgary, Canada in 2016. Fascinated with Gothic literature, horror and the theatrical, the INFERNO DOLL’s music draws heavily on concepts, narratives and imagery from classic works such as Bram Stoker’s Dracula and Mary Shelley’s Frankenstein.

THE INFERNO DOLL beautifully conveys emotions of toil and sorrow with an eerie twist.