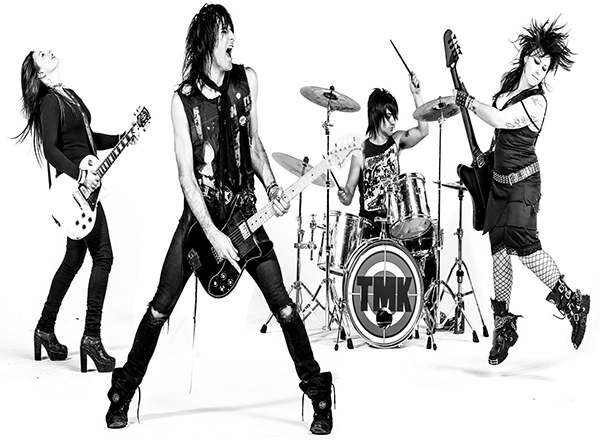 THE MERCY KILLS releases a unique new video clip for ‘Like You’, out via Golden Robot Records.

The latest video by Australian hard rockers THE MERCY KILLS is for their track ‘Like You’ which was featured on the 2020 release X celebrating the bands ten years together.
This clip has been specifically designed for a mobile phone ‘vertical’ format so no need to spin that cell. There’s even a bit of a tease during the guitar solo.

TMK wanted the video to express a connection between each band member. The concept was influenced by the old children’s panel books, where you turn the pages to reveal a mix of different heads, bodies and legs.

The band worked, once again with Australian film makers, Strongman Pictures to create this strange but striking video.

Their tastes in music, the desire to write great songs and blast out a killer live show were the key factors shared by this four-piece outfit.  The Mercy Kills took their name from a line in The Rocky Horror Picture Show, “It was a mercy killing“.

“Take the energy from ‘Appetite for Destruction’ era Guns ‘N’ Roses, mix it with some Ramones style punk, a lot of energy and you have The Mercy Kills…”
– SF Media (Brisbane)

“Should you happen across a flyer with The Mercy Kills written anywhere on it, make note of the date, and keep the night free”.
– SF Media (Melbourne)

“Big, brash, and bold were ‘The Mercy Kills. The band’s energy screeched like a rogue ’68 Camaro right until the very end…”
– The Music (Sydney)