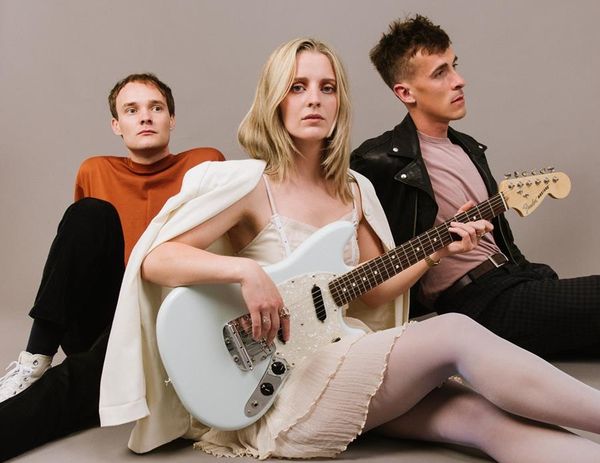 Thyla‘s long-awaited debut album is out today on Easy Life Records. The band have also announced a London headline show at The Lexington for September 21st and shared a video for “Kin”.

Listen to the debut album in full HERE.

Thyla’s self-titled debut album has been a long time in the making and singles from the record have been championed by the likes of Jack Saunders on BBC Radio 1, Brooklyn Vegan, Clash, Consequence, DIY, Dork, The Independent, The Line Of Best Fit, NME, Paste, Stereogum, Upset and more.

Gleaning inspiration from everyday human experience – and blurring the lines of the personal and the fictional – Thyla play as voyeurs and interpreters.

Their music is a playground for the shared experience, a place for art that doesn’t preach, or claim to have all of the answers. Instead, their work exists as signposts to emotional moments in time, channeling the chaos of modernity into a sanctuary built from balance and nuance, influenced by the disparate worlds of everything from Kate Bush to My Bloody Valentine’s Kevin Shields.

“Kin is about the feeling of pressure to prove yourself to friends and family. The amount of times each of us have gone home or out with old friends and the first question has been “Are you still working in the café?” to which the answer still remains an awkward, ‘eh…yes’.

There are psychological benchmarks of success we all feel like we should hit, and we’re all guilty of mapping out our future timelines and expectations. The reality is that there really isn’t anything further from the the truth. Life is unpredictable, it weaves and bobs, it meanders and sometimes sprints, but each path is unique and incomparable.”

Watch the video for “Kin” below.