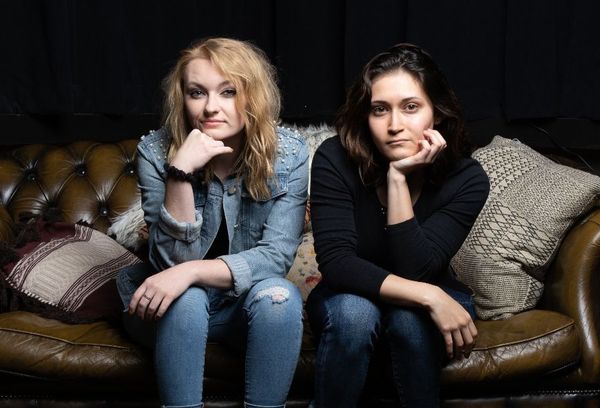 TOUGH ON FRIDAYS release its new single ‘Lush (Reimagined)‘ on May 9th, out on Golden Robot Records.
The single’s available for airplay now.

‘Lush (Reimagined)’ is a reminder that songs are merely snapshots of where a band is on any given day, that you shouldn’t draw a line under them and consider them having found their final form and that the best songs are those that evolve along with the band itself.

In short, any good song is worth revisiting and ‘Lush (Reimagined)’ is a great song.
Pre-order/add/save link: https://bfan.link/ToughOnFridays-lush-reimagined

TOUGH ON FRIDAYS are Texan based grunge-alt-rockers with an enviable ability to artfully smash together alt rock, indie, and grunge into their own brand of infectious, in-your-face style of rock ‘n roll.

Well-seasoned performers throughout the Texas music circuit, Tough On Fridays has come to be known for its enthusiastic live shows and reputation for captivating fans with its consistent delivery of great music.

With Caleigh on guitar/vocals, Carly on bass/vocals, along with studio/touring drummer Chris Schreck, the trio have connected to create an alluring energy that the music scene has not seen in many years. This energy combined with their fresh sound leads Tough On Fridays to really stand out among the crowd.

The band, although truly one of a kind, cites its own inspirations as the likes of Paramore, Basement, Brand New and Third Eye Blind.

Recently signed to global indie powerhouse ‘Golden Robot Records’ the band now have their sights set on bringing their music to a more international audience. The brand new single from Tough On Fridays ‘Lush (Reimagined)’ is due for release on the 9th May 2022.

The original Version of ‘Lush’ was released by the band back in 2017 when it was in a very different form with an acoustic version later being released in 2019. The track has now been completely reimagined and revamped to bring it back up to date for 2022 with Carly now featuring as lead vocals on the track.

‘Lush (Reimagined)’ is a stunning song with its soaring, harmonious vocals that burst in the chorus lines with crystal clear clarity. The instrumentals compliment the vocals in a converse manner being both rocking and adrenaline fuelled. Together the two elements combine to make a track which is both beautifully sweet and down right dirty good old fashioned rock and roll at the same time!

What Tough on Fridays have managed to do with this latest release is to recreate a song that is known by many and not to simply ‘copy’ previous versions, but rather they have taken elements from it, spun it on its head and are now presenting us with something which is brand new and totally represents what Tough On Fridays are all about in 2022.

Caleigh has said of the track: “This was one of our first original releases and one of our favorites. The song just didn’t go along with the band’s current direction so we changed it up a bit. Hope y’all like what you hear.”