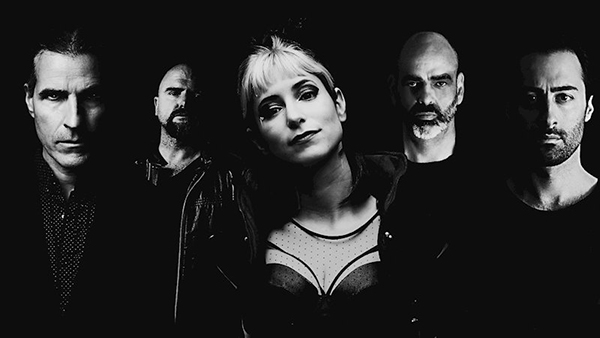 Studenberg discloses “My love for music has always been like a life vest for me in a sea of uncertainty. I think most, if not all, people have tumultuous scenarios in their life that impact them at different levels based on so many factors. And some people have more or varying tools on how to deal with those things. My tool is artistic expression and it’s driven me to want to create something long lasting that I could be proud of.”

Trope have released singles “Lambs”, a cover of the Tears for Fears classic, “Shout”, and “Pareidolia”. They’ve performed at LA’s Whisky A Go Go, The Viper Room, and the Hollywood Improv and played the main stages twice at Summerfest in Wisconsin. They were invited on an 18-date European tour across 7 countries, including 11 dates in the UK alone with Kings X, which has been postponed, and were invited to open up for The Cult in Reno, Nevada, among other high profile shows.

“Eleutheromania” is an album of contrasts: at once polyrhythmic and bombastic, while maintaining lush melodies. This is a band that puts music first. The album has both a 90s alternative rock influence and also a progressive influence that explores new ground. The constant time-signature changes are seamless, really pointing to the musical and song writing proficiency of the band who focus more on groove and feel than math but have done the math all the same.