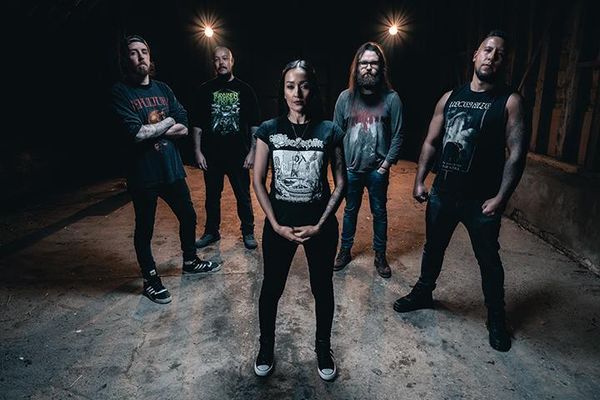 UNFATHOMABLE RUINATION has released its new single “The Defying Symphony of Universal Dissonance“. The first track with new vocalist Mallika Sundaramurthy (ex-Abnormality) signifies a new era for the band and the brand of technical brutal death metal without boundaries.

“The Defying Symphony of Universal Dissonance” sets a scene of cosmic horror and pure devastation. An unspeakable horror arises from inter-dimensional time and space to wreak havoc upon humanity, leaving fire and ash in its wake.

The song was recorded, mixed, and mastered by Sam Turbitt at Ritual Studios, with vocals recorded by Tonda Smrčka at Seabeast Production.

UNFATHOMABLE RUINATION recently released the official music video for “The Defying Symphony of Universal Dissonance.” Stream the video at this location.

The band on socials: