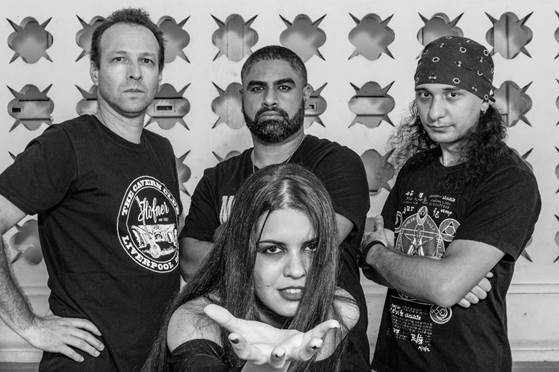 Heavy power metal band Urantia from Brazil has recently released the single “Van Gogh”, which is inspired by the life and work of the Dutch artist. With excerpts in English and Portuguese, the track shows the musical influences that range from heavy metal to the classical, as well as icons of Brazilian music. The song has in its lyrics a poetic retelling of Vincent Van Gogh’s life and work, combining touches of mysticism.

Listen to Van Gogh in the streams: https://linktr.ee/urantiavangogh

The artist is perishable, but art is immortal. Based on this maxim, Urantia (Brazil) launches the single “Van Gogh”, inspired by the life of the Dutch painter. With excerpts in English and Portuguese, the track shows the musical influences that range from heavy metal to the classical, as well as icons of Brazilian music. The song has in its lyrics a poetic retelling of Vincent Van Gogh’s life and work, combining touches of mysticism. The song is already available in the streamings.

“The main concept is to show the contrast of his life, very depressing and difficult, with the beautiful colors, landscapes and portraits of the artist’s paintings. Furthermore, to show that even if the artist’s body is dying, his work continues for eternity. In other words, an extension of his existence, his immortality occurs through his works and how it changes people’s lives”, explains Vicktor Corrêa, Urantia’s drummer.

In the mystical part of the song, there are the quotations from the tarot cards that can be compared to the painter’s biography, such as “The Fool”, “The Sun”, “The Moon” and “The Star”, which are personified by the band members on your instruments. The representation will be explored further in the video for “Van Gogh”, which will be released soon.

Formed in 2015, Urantia is a Heavy Power Metal band with a female vocal. His discography includes the EPs “Inneverse I” (2017) and “Inneverse II” (2019), in addition to the singles “Evil Angel” (2018) and “Van Gogh” (2021), which anticipates the mood of the next album, with expected to launch later this year. With heavy and fast instrumental, the band mixes elements of Brazilian and classical music from the Baroque period. While the lyrics seek to convey positive messages when addressing topics such as philosophy, history and mysticism, as well as science fiction, literature and fantasy.

The cover of the single Van Gogh is a separate detail, inspired by the painting “Starry Night”, by the Dutch painter and brings an update: in addition to the starry sky there is a megalopolis, instead of the small village represented in the original art. Around the Moon, there is a vortex that evokes the science fiction that will be on the next album, which the single anticipates the mood. The concept is by Vicktor Correa, with design by João Duarte, who worked on the covers of bands like Shaman, Angra, Torture Squad, among others.

Listen to Van Gogh in the streams: https://linktr.ee/urantiavangogh