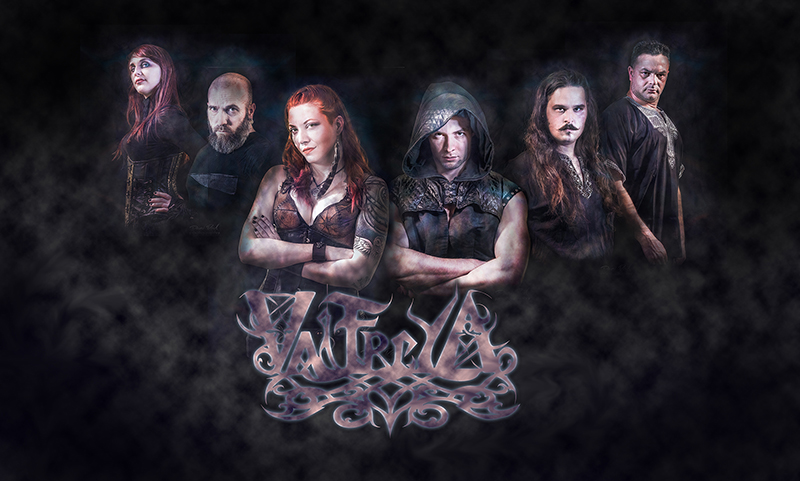 Back in 2017, Montreal, Quebec’s Valfreya released the critically acclaimed “Promised Land”, sending a rush of vicious folk metal around the world. Taking all the jolly melodies from the genre, but then making it faster and more aggressive, Valfreya has been weaving Norse mythology into a familiar, yet original tapestry since 2009.

Now, there is a new music video from the band, for the song “Warlords” off the 2017 release. The video channels all the energy that Valfreya brings to the stage, impactful growling, soaring clean vocals, imaginative solos, and of course, plenty of catchy verses to sing along to. The track “Warlords” is an excerpt from the tale that spans the entire concept album, the journey of Eric The Red. Valfreya goes into detail about the album:

“The album is a journey through a lot of emotions and situations, giving life to a host of varied songs, each with a different sound and personality. The story behind the album is about Eric The Red discovering America and how he defies the Gods, but pays a hefty price for that defiance. It’s a step-up in sound quality and has more intricate guitar parts and better-written music that with every listen you can discover parts you hadn’t noticed before. On top of that, we have an original sound and songs! We want to give more to people that enjoy good riffs!”

The world needs astonishing stories as an outlet for strong emotions now more than ever. In the shape of Montreal’s larger-than-life metal warriors Valfreya, it has them! And in their striking vocalist, it has its Valkyrie!

Valfreya is an orchestral folk metal that will entice listeners of Wintersun, Equilibrium, and Ensiferum.

“Promised Land” along with the rest of Valfreya’s discography is available on Spotify, Bandcamp, and all online major retailers.

The band is presently working on a new full-length, date of release to be determined.

The world needs heroes now more than ever. In the shape of Montreal’s larger-than-life metal warriors Valfreya, it has them! And in their striking vocalist Crook, they have their own Valkyrie!.

In 2009, vocalist Crook wanted to play something akin to folk metal, but even more aggressive and fast-paced. Combining Valhalla and the Norse goddess Freya, the band has been creating music and lyrics to revolve around stories inspired by Norse mythology.

What you hear on the albums is what you get on stage.  They dress in a fantasy-like Viking fashion to go with their story-telling, which gives an interesting visual aspect while delivering the instrument-playing with precision. Since their inception, Valfreya has satisfied fans with their epic live experiences (200+ shows throughout Canada and the USA) where they have opened for bands like Arkona, Dark Tranquility, Nekrogoblikon, Necronomicon, Korpiklaani, Moonsorrow, Tyr, Insomnium and more!

Valfreya is presently working on their next full-length planned for either late 2021 or early 2022 release.